Sinai Province, Islamic State’s Egypt affiliate, fired rockets at the direction of an airport in the Sinai peninsula used by UN peacekeeping forces, security sources have said. There were no casualties reported. The group claimed responsibility for the attack on several Twitter accounts linked to it. Details of the attack, however, could not be immediately confirmed with some security sources saying the rockets fell inside the airport and others saying they fell outside. Egypt’s government faces an Islamist insurgency based in Sinai and growing discontent with what critics perceive as heavy-handed security tactics. Sinai Province had so far focused its bombing and shooting attacks on members of Egypt’s security forces, who mounted the country’s toughest crackdown on Islamists after the military removed President Mohamed Mursi of the Muslim Brotherhood from power following mass protests against his rule. 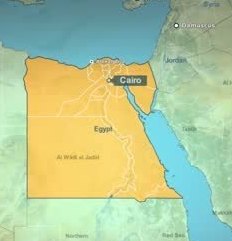