Families of Turkey mining disaster victims in quest for justice

Dozens of suspects go on trial Monday over modern Turkey’s worst mining disaster that left 301 miners dead in the western town of Soma and tarnished the image of the government under Recep Tayyip Erdogan. Forty-five people are to stand trial, including eight former top managers from the Soma Komur group that ran the mine who are charged with murder. The trial, which is expected to be lengthy, is being heard around 50 kilometres (30 miles) from Soma in western Turkey by a court in the town of Akhisar. The accident on May 13, 2014 raised new concerns about Turkey’s dire industrial safety record and exposed the lacklustre reaction of the government led by Erdogan, now president but then premier. Lawyers for the families of the victims say that the owners of the Soma mine had sought over-exploitation for the sake of profit, resulting in “working conditions worthy of slavery”.

The management of the mine were perfectly aware of the danger of death which was hanging over the workers.

Selcuk Kozagacli, lawyer for the victims

The tragedy sparked protests that rattled the government a year after the mass anti-government rallies in Istanbul and elsewhere, with an advisor to Erdogan raising tensions by kicking a protestor in Soma in an incident caught on camera. The disaster happened when one of the pits of the Soma mine became engulfed by flames and carbon monoxide gas, trapping a team of some 800 miners working inside. Prosecutors say that the miners were killed after inhaling gas and toxic smoke from the fire which was caused when an abandoned pile of coal left next to an electrical transformer caught fire.A report after the disaster found a long list of faults at the mine, including a lack of carbon monoxide detectors, gas masks in poor condition and bad ventilation. 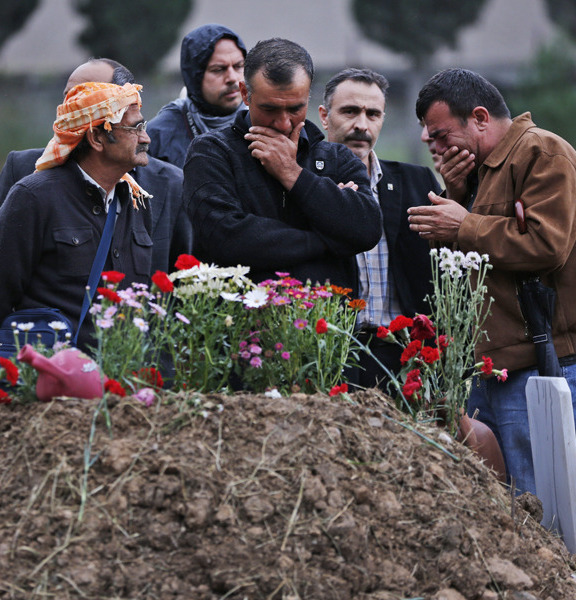