Rik Mayall has died at home aged 56, his management firm said. It is believed the star’s wife found him at home in London. Mayall, who shot to fame playing Rick in “The Young Ones,” had survived an almost fatal accident more than 10 years ago when a quad bike accident left him in a coma for several days.

I am heartbroken that my comedy idol growing up, Rik Mayall, has died. He made me want to be a comedian.

In the 1980s, Mayall was part of the Comic Strip, a hugely influential group of alternative young comics that included Dawn French, Jennifer Saunders and Mayall’s writing and performing partner, Adrian Edmondson. He was best known for co-writing and performing in “The Young Ones,” a sitcom about slovenly students that was much loved by those it satirized. On television he memorably played Conservative politician Alan B’stard in the sitcom “The New Statesman” and lecherous Lord Flashheart in comedy classic “Blackadder.” He and Edmondson also created and starred in “Bottom,” a surreally violent slapstick series about two unemployed slobs. Film appearances included the title role in 1991 fantasy “Drop Dead Fred”—which gained him a U.S. cult following—and 1999 British comedy “Guest House Paradiso.” Mayall was married with three children.

There were times when Rik and I were writing together when we almost died laughing. They were some of the most carefree, stupid days I ever had, and I feel privileged to have shared them with him. And now he’s died for real. Without me. Selfish bastard. 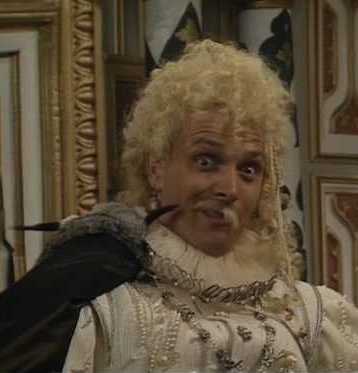