Fighting in eastern Ukraine rages on overnight despite talks

Fighting raged overnight and in the early hours on Tuesday on the outskirts of the rebel stronghold of Donetsk in eastern Ukraine despite an agreement reached by the Ukrainian and Russian foreign ministers a day earlier. The yearlong military conflict between Russian-backed rebels and government forces has claimed more than 6,000 lives and left large parts of Ukraine’s once industrial heartland in ruins. Fighting in the east had largely subsided following a cease-fire deal signed in February but has rekindled in recent days. Heavy shelling was heard in Donetsk late Monday evening and in the early hours on Tuesday.

Ukrainian military spokesman Andriy Lysenko told a televised briefing that six troops were killed and 12 wounded in a 24-hour period, while rebels reported one fighter dead and five wounded in the overnight clashes.A Russian journalist was injured Tuesday morning when he stepped on a land mine in Shyrokyne during a visit to the village on the Azov Sea that has been the epicenter of recent fighting. Andrei Lunev, a videojournalist who works for the Zvezda television station, received first aid at the scene and was then whisked away to the nearest hospital. At one point during the visit the group had to lie on the ground because of an exchange of fire nearby. 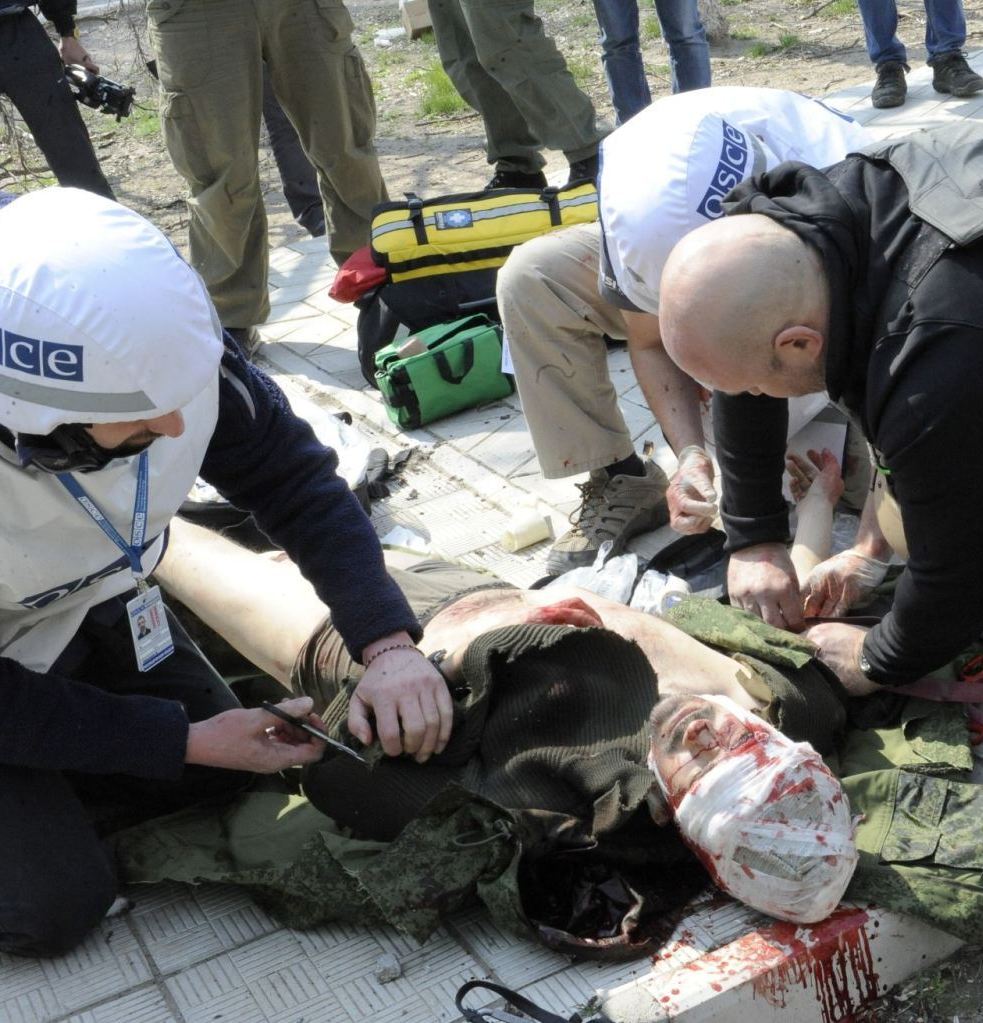