An Islamic State of Iraq and the Levant (ISIL) militant checkpoint and 19 vehicles have been destroyed in 14 air strikes that were part of a joint operation involving both Kurdish and U.S. forces on Sunday. Recapturing the dam would be a significant victory against the self-proclaimed Islamic State group, which has seized vast swathes of northern and western Iraq and northeastern Syria. The dam on the Tigris River supplies electricity and water for irrigation to a large part of the country.

They are advancing slowly. The obstacles are the roadside bombs. It’s an [Islamic State] tactic.

Meanwhile, government warplanes pounded an ISIL stronghold in Syria on Sunday too. Observers say at least 19 strikes hit the group’s stronghold of Raqqa in the northeast. Displaced Yazidis who fled to Syria have taken up military training and are “seeking revenge” against ISIL fighters who pushed them out of their homes and killed their families. Local officials and witnesses said the militants killed almost 400 Yazidi men in the village of Kocho and abducted their wives and children over two days.

I called on Yazidi young men to volunteer to take revenge and they came in large numbers. Only yesterday and today we received about 55 men. 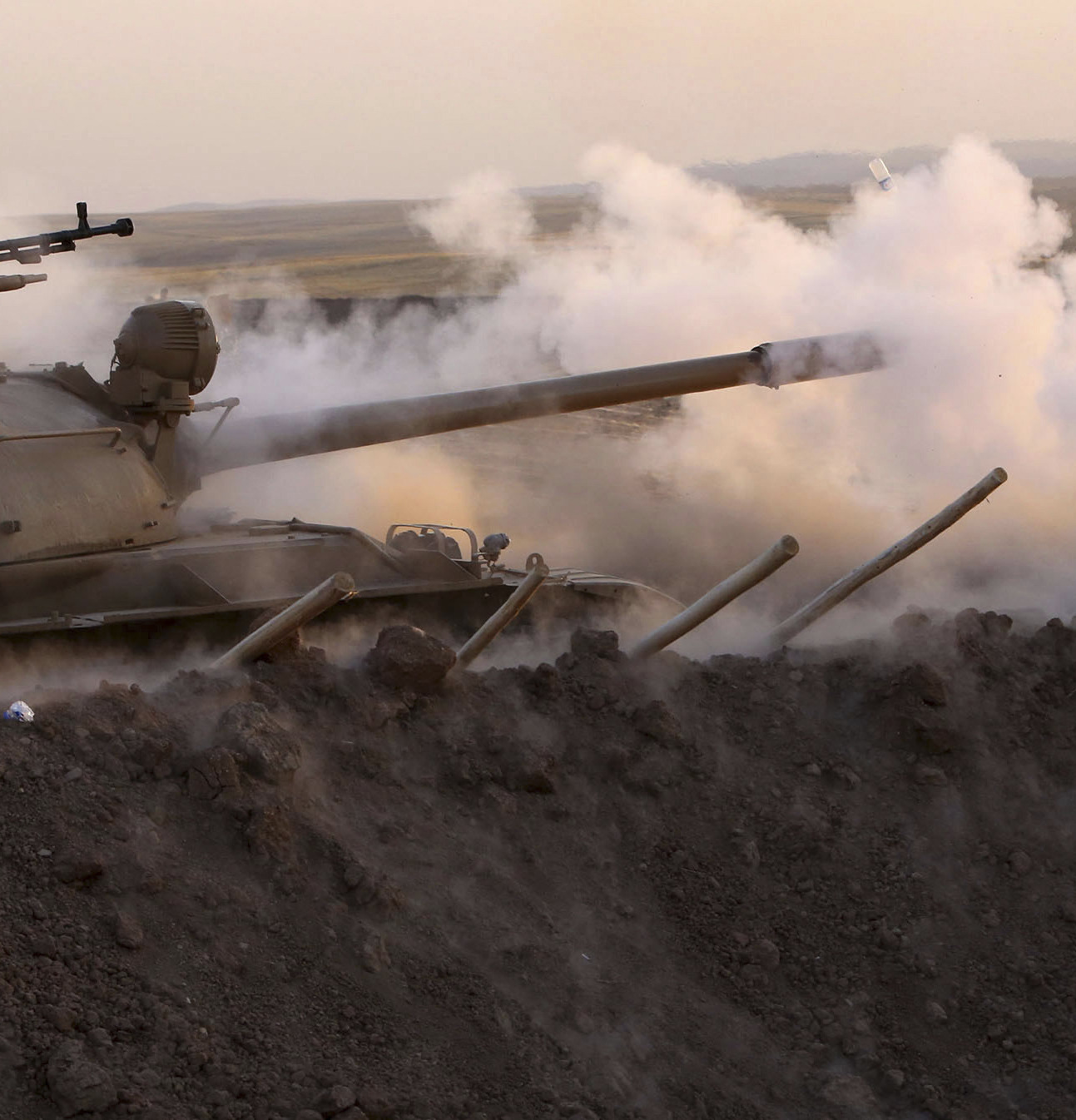