Filipina girl, 12, stumps Pope Francis with question for the ages

Pope Francis said a huge open-air Mass for a rain-drenched crowd of 6 million in the Philippine capital on Sunday, but his day began with a much bigger challenge: answering the question of a 12-year-old girl. The Pope’s last full day on his Asian tour kicked off with a youth gathering at a Catholic university in Manila. Glyzelle Iris Palomar, a young girl who has found refuge in a Christian charity after she was abandoned on the streets by her parents, finished her question to the pontiff in tears.

Many children are abandoned by their parents. Many of them became victims and bad things have happened to them, like drug addiction and prostitution. Why does God allow this to happen, even if the children are not at fault? Why is it that only a few people help us?

The Pope hugged her and later put aside most of his own prepared speech to respond. “She is the only one who has put forward a question for which there is no answer and she was not even able to express it in words but rather in tears,” he said, visibly moved. “Why do children suffer?” the Argentine Pope said, speaking in his native Spanish. An aide translated his words into English for the crowd of about 30,000 young people on the grounds of the Church-run university. 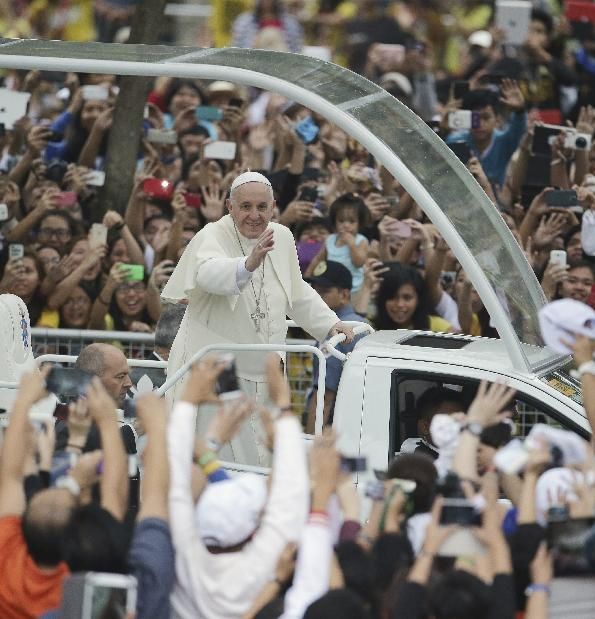