The wreck of the Costa Concordia arrived on Sunday off the northern Italian city of Genoa where it will be broken up for scrap, two-and-a-half years after the cruise liner ran aground and sank near the Tuscan island of Giglio, killing 32 people. After a four-day voyage from Giglio of more than 320 kilometres, port pilots began manoeuvering into position the 114,500-tonne hulk, which was lifted off the rocks and re-floated last week as part of one of the largest and most complex maritime salvages ever attempted.

This is not a celebration. We have to think of the victims, but it has to be said that keeping the Concordia in Italy is a great occasion for our country.

The overall salvage effort is expected to cost Carnival Corp, owner of the ship’s operator, Costa Cruises and its insurers more than US$2.14 billion. A consortium led by Italian engineering group Saipem and Genoa-based San Giorgio del Porto will break up the wreck in an operation that sources close to the project have said could cost US$134.24 million and take up to two years. 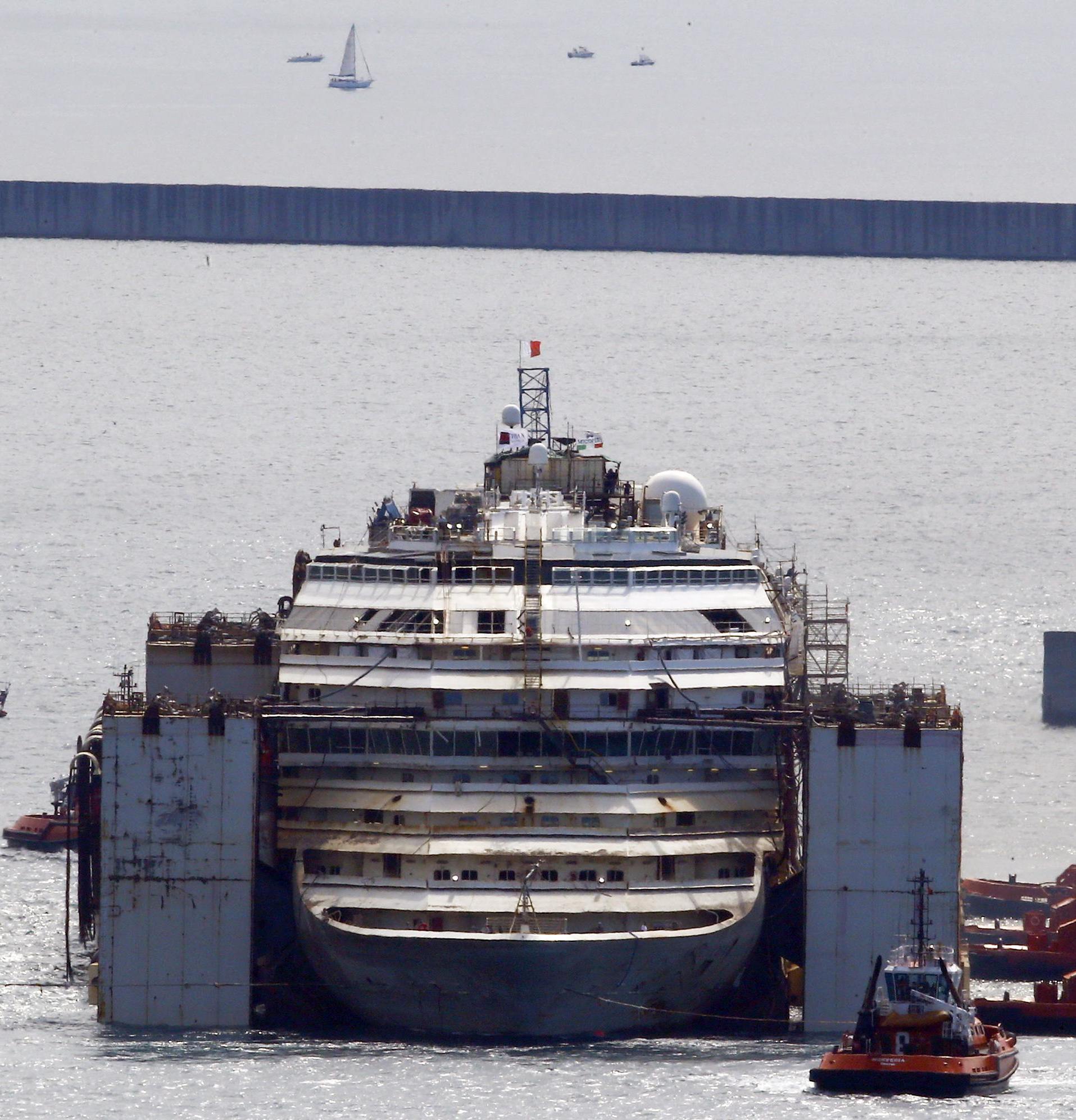