Researchers said people likely moved to the Tibetan highlands 3,600 years ago, in an indication of when humans first settled at high altitudes. Humans were able to permanently settle as high as 3,400 meters on the plateau — often called “the roof of the world” — by growing altitude-resistant crops and raising livestock, according to a study published in the US journal Science. They survived on wheat and barley imported from the so-called “Fertile Crescent” in the Middle East and on transplants from China such as broomcorn and foxtail millet, said the researchers from Britain’s Cambridge University, China and the United States.

Year-round survival at these altitudes must have led to some very challenging conditions indeed.

Sporadic human presence was detected on the plateau as early as 20,000 years ago, while semi-permanent settlers arrived 5,200 years ago. Researchers said early humans likely first traveled to the plateau to hunt animals, but the discovery of altitude-resistant crops allowed them to plant their roots there. The researchers examined the remains of pigs, sheep and cattle as well as plants at 53 sites across the northern Tibetan plateau.

This poses further, interesting questions for researchers about the adaptation of humans, livestock and crops to life at such dizzying heights. 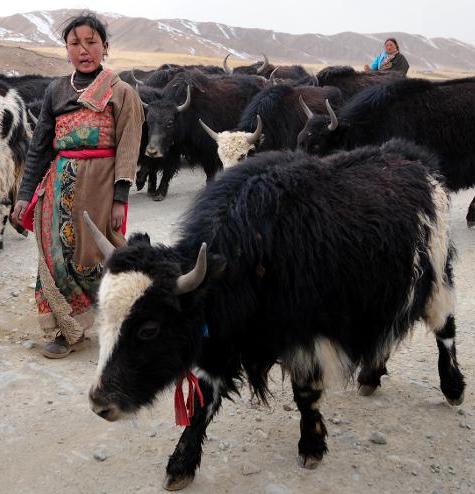