Five Thai students were detained Wednesday after flashing the three-finger salute from “The Hunger Games” films during a speech by the premier, officials said, in the latest crackdown on opposition to May’s coup. The students brandished the gesture, an unofficial symbol of resistance against the military regime, as Prime Minister Prayut Chan-O-Cha delivered a speech on his first official visit to the northeastern province of Khon Kaen. Officials removed the students from the venue after they whipped off sweaters to reveal T-shirts displaying Thai letters spelling out “No Coup” and flashed the three-fingered salute, according to public broadcaster Thai PBS.

Anyone else want to protest? Come quickly.

Meanwhile, a cinema chain in Thailand’s capital has canceled all screenings of the latest “The Hunger Games” movie after a student group planned a protest at a theater against the country’s military coup. Activists said Wednesday that police pressured the theaters to halt the showings. Opponents of the May military coup have adopted a three-finger salute from the movie series as a sign of defiance. The military-imposed government has banned the gesture, which symbolizes rebellion against totalitarian rule in the film series. 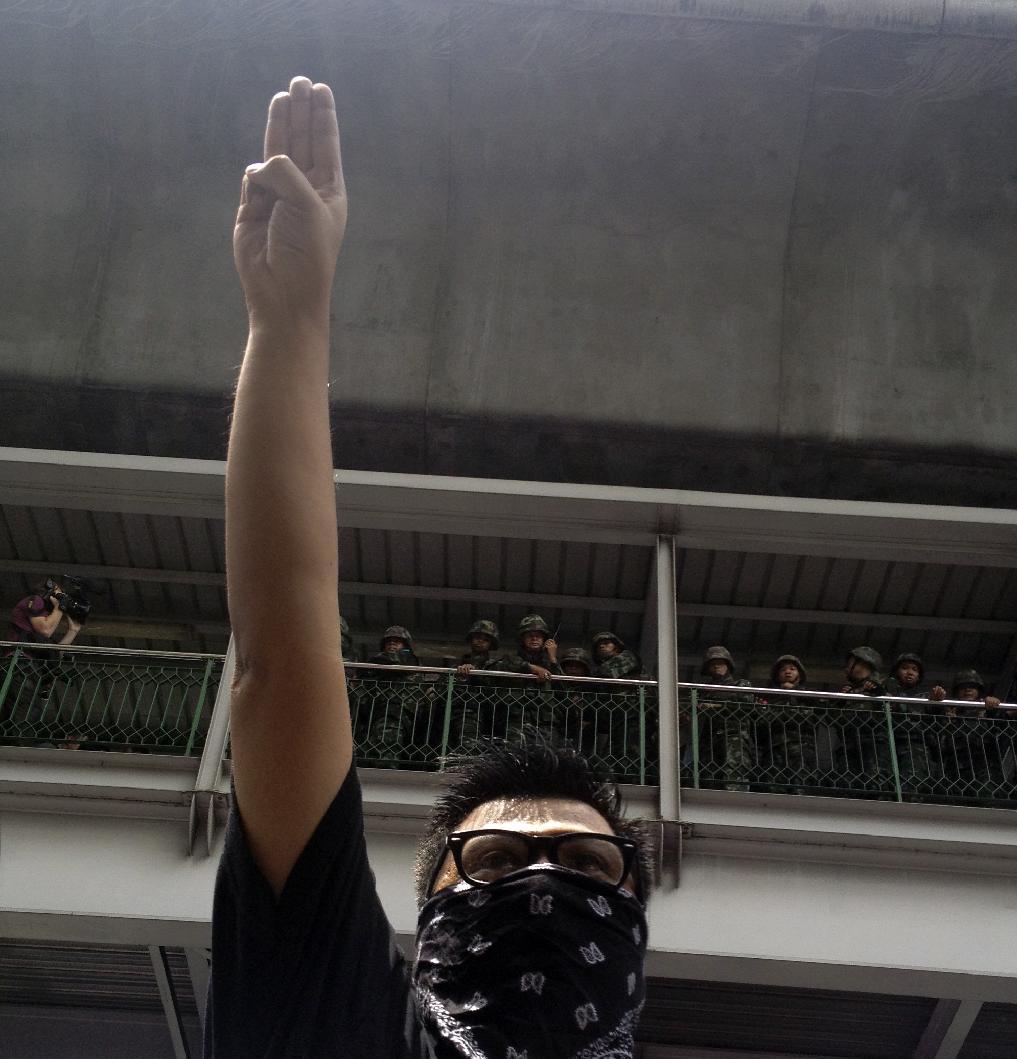