A fly that is thought to have been extinct for almost 150 years has been found living in England. The last known recording of the Rhaphium pectinatum fly was on July 19 1868 when the renowned Victorian entomologist George Verrall caught a male and female at Richmond in Surrey. In the decades since it was presumed that the fly was extinct but nearly 150 years later it has been spotted again - this time at the Devon Wildlife Trust’s Old Sludge Beds nature reserve, near Exeter.

Imagine my surprise when I examined my catch that evening to find it included a fly that was presumed extinct in Britain, not having been seen for 147 years. Definitely one to add to the list of Devon specialities.

The remarkable discovery was made by expert naturalist Rob Wolton who is a member of the Devon Fly Group and the Dipterists Forum which specialises in the study of flies. Little is known about the handsome, metallic green coloured fly, apart from that it is part of the family dolichopodidae, a group which is known as long-legged flies. Most members of the family live in tropical areas of the world. Wolton said: “Only a tiny proportion of the flies in Britain are pests, while many are important for pollination and for ensuring efficient recycling of the nutrients in dead plant material.”

So often we have to break the news of species that are disappearing, so it’s good to be able to announce the discovery of an animal that was thought to be extinct. 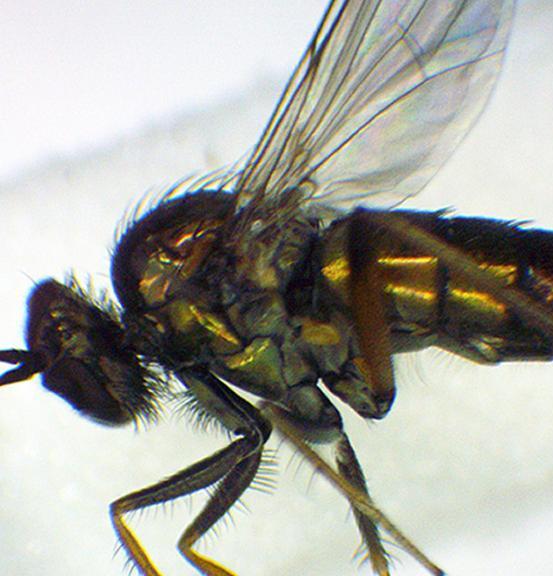