Free shipping may soon become the new normal in Canada

When Walmart Canada introduced free shipping on all online purchases last year, it was a clear message to its rivals that it was gearing up for a fight. Craig Patterson, an analyst who runs the online news magazine Retail Insider, said the move by one of the world’s largest retailers was bold, setting a new standard in going the extra mile for consumer dollars. “This means war. It’s a declaration of war, no question,” he said from Vancouver. For the last few years, a battle has been waging among retailers trying to set themselves apart, as entrants such as U.S. giants Target and Nordstrom arrive to compete for the same customers.

What this comes down to is building trust with the customer. Walmart knows that if they offer free shipping, they are coming out punching. When someone like Walmart does it, there is going to be scramble from other retailers to see how they can compete either by adding extra value, better customer service.

While a behemoth retailer like Walmart may be able to absorb the costs of shipping, it would be a challenging task for smaller retailers to be able to offer the same without raising prices, Patterson said. Retailers have long struggled with free shipping in Canada, given the size of the country and the cost of shipping quickly to remote areas. The compromise, it seems, is to offer free shipping on minimum purchases, which can offset some of those costs. Simon Rodrigue, vice-president and general manager of Walmart.ca, said Walmart’s ability to offer free shipping to 97 per cent of the country, and even free next-day shipping to most big cities, has helped it lure customers who either didn’t know they could purchase online the same items found in the store, or were reluctant to try shopping on the website. Rodrigue says Walmart wanted to offer a seamless transition between online and in-store shopping by eliminating any minimum purchase requirement. 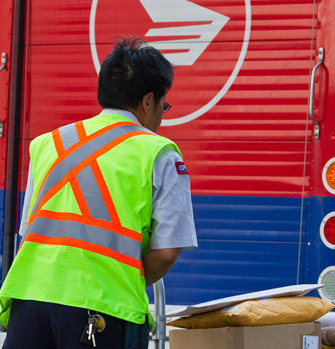