A high-level attempt by the U.N. chief and the U.S. secretary of state to end deadly Israel-Hamas fighting was off to a rough start Monday: Gaza’s Hamas rulers signalled they won’t agree to an unconditional ceasefire, and Israel’s prime minister said he’ll do whatever is necessary to keep Israelis safe from Hamas attacks. At least 565 Palestinians have been killed and more than 3,600 wounded in the past two weeks. Egypt, Israel and the U.S. back an unconditional ceasefire, to be followed by talks on a possible new border arrangement for Gaza. Israel and Egypt have severely restricted movement in and out of Gaza since Hamas seized the territory in 2007. Hamas wants guarantees on lifting the blockade before halting fire.

Across Gaza, Israeli fighter planes hit homes and a high-rise tower, burying families in the rubble. The strike on the Gaza City tower brought down most of the building, killing 11 people and wounding 40, said Palestinian health official Ashraf al-Kidra. Israeli tanks, meanwhile, shelled a hospital in central Gaza, killing four people and wounding dozens as the daily death toll surpassed 100 for a second day. Israel said the shelling targeted rockets hidden near the compound, and accused militants of using civilians as shields. 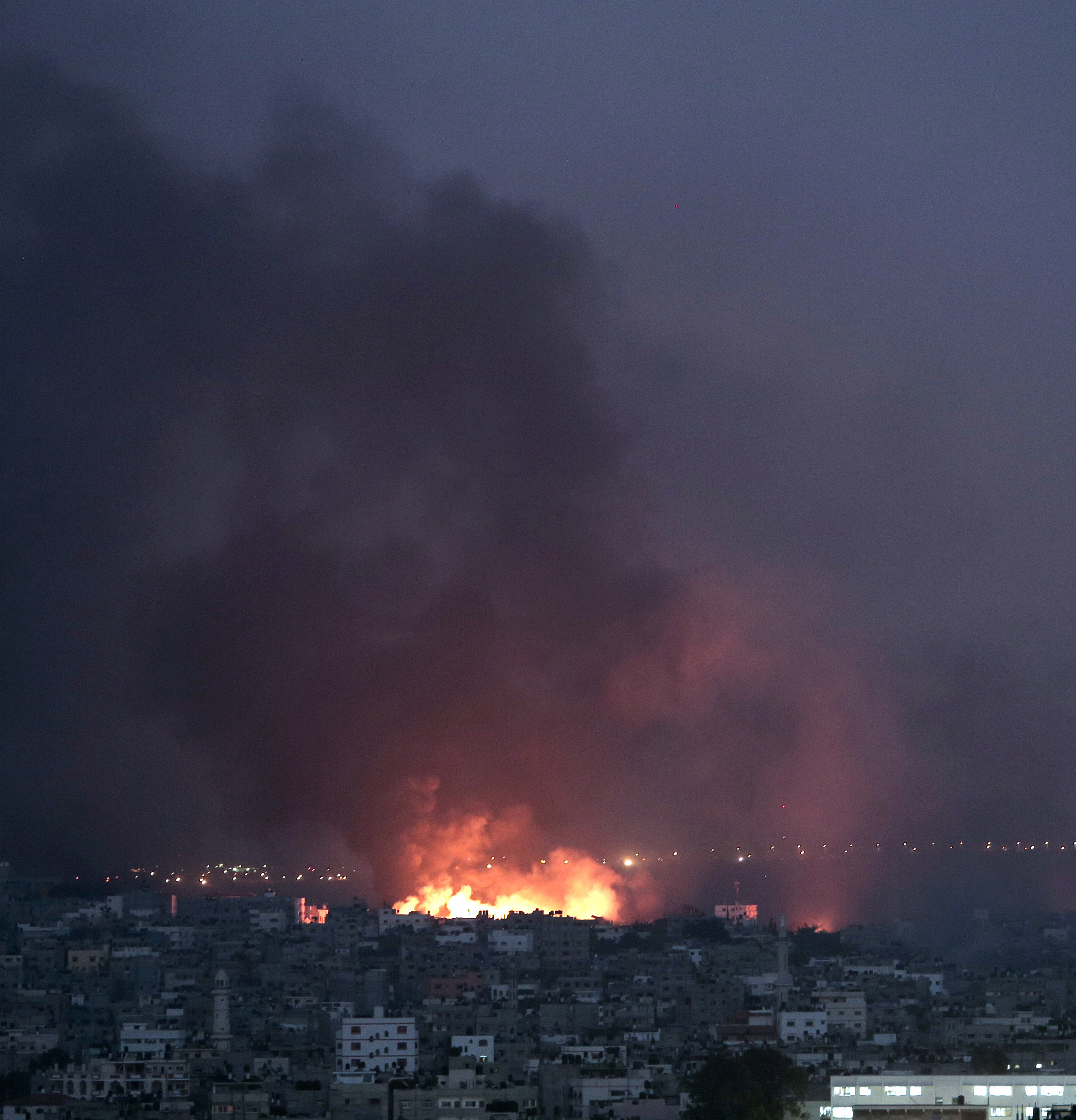