Girl, three, saved by her puppy after 11 nights alone in Siberian forest

A three-year-old girl has been rescued from a bear and wolf-infested Siberian forest after going missing for nearly two weeks - thanks to her pet dog. Karina Chikitova’s puppy huddled next to her and kept her warm for more than a week before returning home to get help. The dog then helped rescuers find the child, who hid in long grass during the cold nights and survived on wild berries and river water, the Siberian Times reported.

I carried Karina myself to the car, and she was light as a bird. She was hardly 10kg - but amazingly she was fully conscious

Dramatic video footage of the rescue revealed the moment Karina was found, frightened and peering out from her grass hiding place. Karina became lost when she wandered away from her home in the remote southwest Sakha Republic region of Russia. She had been following her father, Rodion, who was unaware his daughter was trying to keep up with him as he made his way to a village. She quickly got lost and spent 11 days and nights in the forest, huddled up to her unnamed pet dog. The child’s mother believed she was with her father and the alarm was only raised four days later when the parents spoke by telephone. 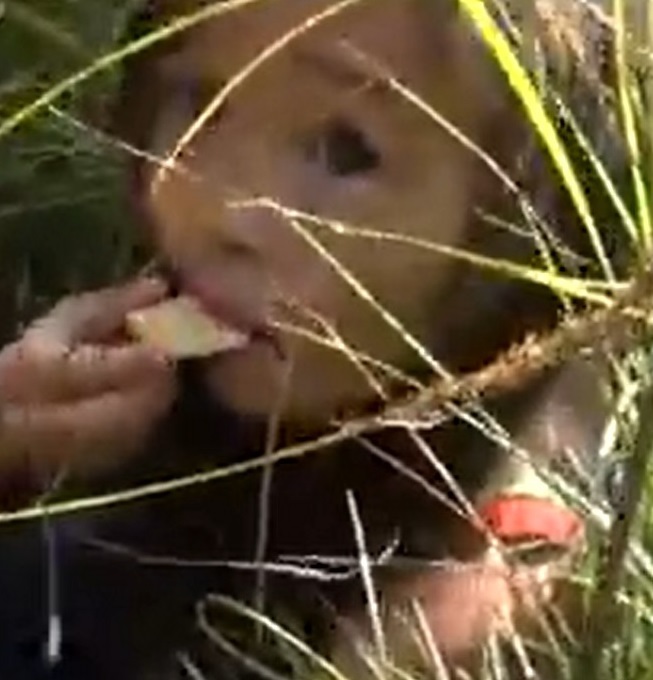