Google on Monday announced that the first completed prototype of its self-driving car is ready to be road tested. “We’re going to be spending the holidays zipping around our test track, and we hope to see you on the streets of Northern California in the new year,” the Internet titan’s autonomous car team said in a post at Google+ social network. The prototype is a manifestation of plans that California-based Google revealed in May to build its own autonomous car minus typical features such as steering wheels.

They won’t have a steering wheel, accelerator pedal, or brake pedal … because they don’t need them. Our software and sensors do all the work.

Google’s Chris Urmson in a blog post in May

For Google, the car marks a shift away from adapting vehicles made by others in its quest to pioneer individual transport that needs only a stop-and-go function. Google said early this year that the top speed of the battery-powered prototypes will be 40 kilometers per hour and that they would be designed for utility, not luxury. Several automakers have also been working on autonomous or semi-autonomous features for cars, such as self-parking, but no fully autonomous car has come to market.

Self-driving cars, if widely adopted, stand to be as transformative to consumer life as the smartphone.

Mike Hudson, who tracks the automotive industry for eMarketer 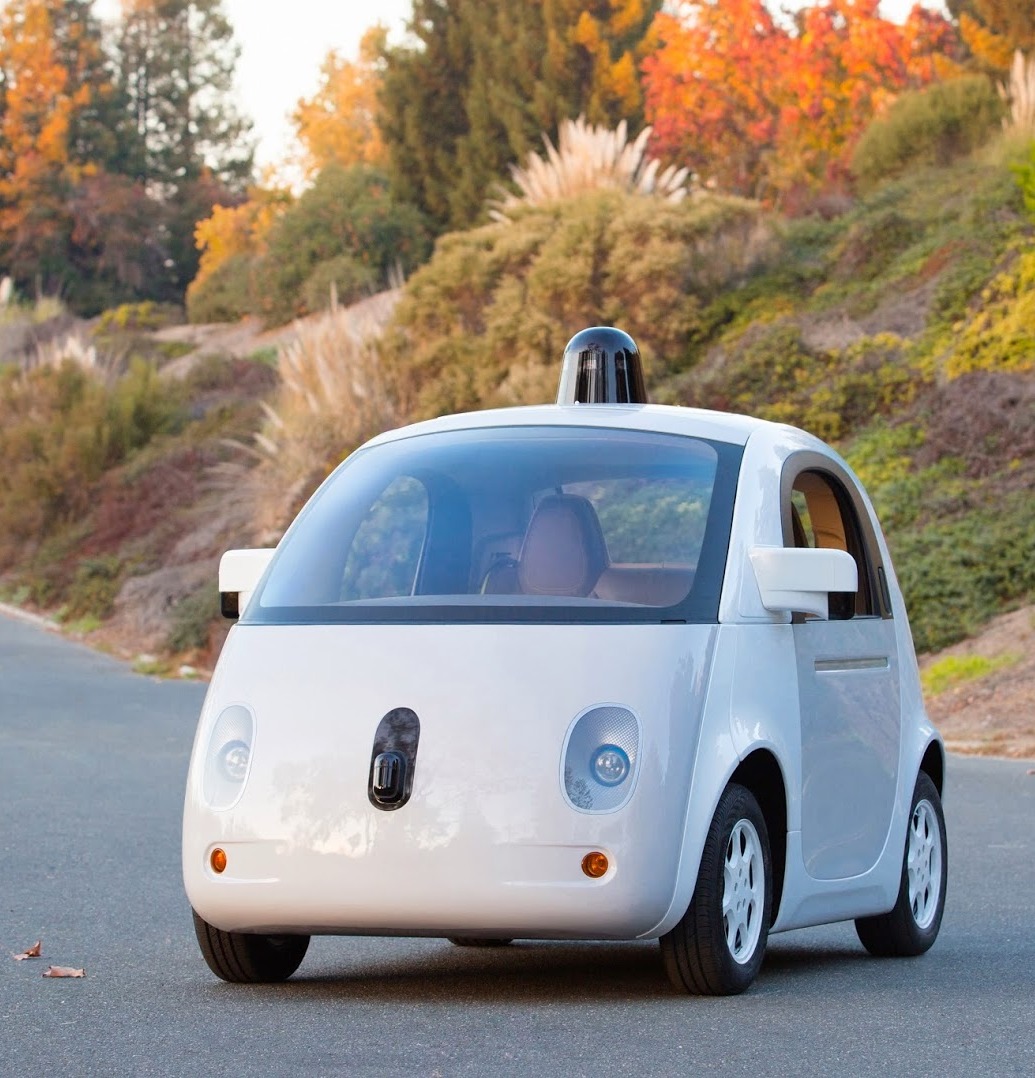