Greek PM gets support, not money from Putin

Russian President Vladimir Putin offered Greek Prime Minister Alexis Tsipras moral support and long-term cooperation but no financial aid on Wednesday, leaving Athens to fend for itself in resolving urgent debt problems with Western creditors. The leftist-led Greek government, at loggerheads with its euro zone and International Monetary Fund creditors, risks running out of money within weeks unless it can reach a new cash-for-reform deal. Athens managed to sell 1.138 billion euros (1.24 billion) in six-month Treasury bills on Wednesday to keep itself afloat. The next test comes on Thursday when the government is due to repay the IMF 450 million euros, leaving it scraping state agencies’ cash reserves to pay April public sector salaries and pensions.

The Greek side has not addressed us with any requests for aid. We discussed cooperation in various sectors of the economy, including the possibility of developing major energy projects.

On a maiden visit to Moscow that caused unease among some EU partners, Tsipras mostly heeded warnings from Brussels and Berlin not to break ranks with European Union economic sanctions imposed on Russia over its role in destabilizing Ukraine. He told the news conference that Greek exports had been hurt by Russian counter-measures he called understandable, and said he had made clear to his EU peers that he disagreed with the rationale for “economic warfare.” Putin said he understood that Greece, which has historical and cultural ties to Russia, had been forced to go along with the policy and disavowed any attempt to use Athens’ debt woes to drive a wedge among EU nations. 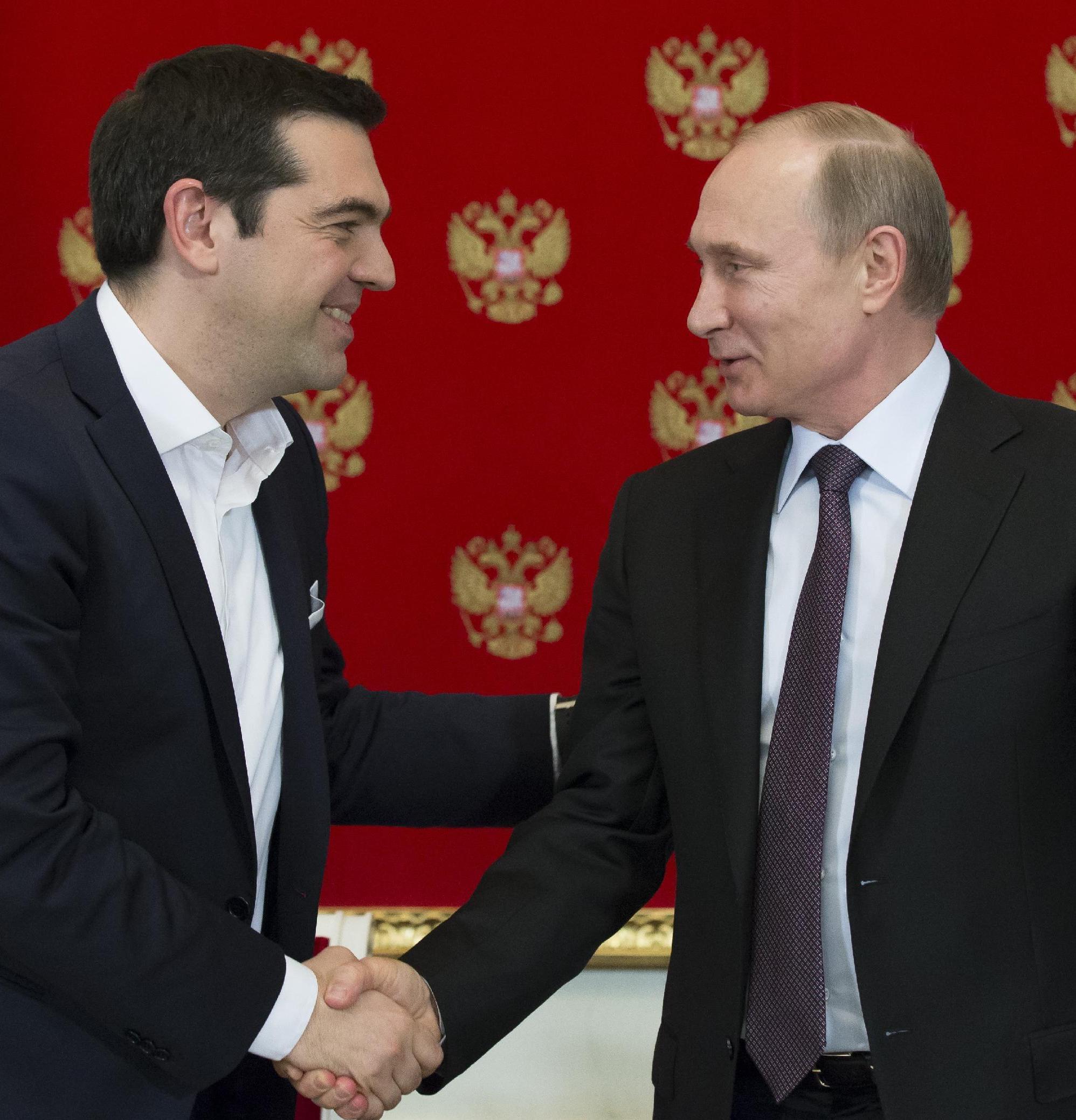