Highway abuzz with millions of bees after big truck tips

A tractor-trailer carrying millions of honeybees overturned on a highway north of Seattle yesterday, scattering hives and sending white-suited beekeepers scrambling to save as many as they could. The truck tipped on its side at around 3.30am, dumping its load of 448 hives, or about 13.7 million bees. The driver, a 36-year-old man from Idaho, was not hurt. The bees were being transported to a blueberry farm to pollinate crops.

I think everybody there got stung.

The company that owns the insects, Belleville Honey and Beekeeping Supply of Burlington, sent beekeepers to recover as many as possible. As the sun came up, the bees became more active and firefighters had to spray a layer of foam on some of the boxes, killing the insects for safety. Company owner Eric Thompson told The Seattle Times the beekeepers recovered 128 hives before the sun came up. 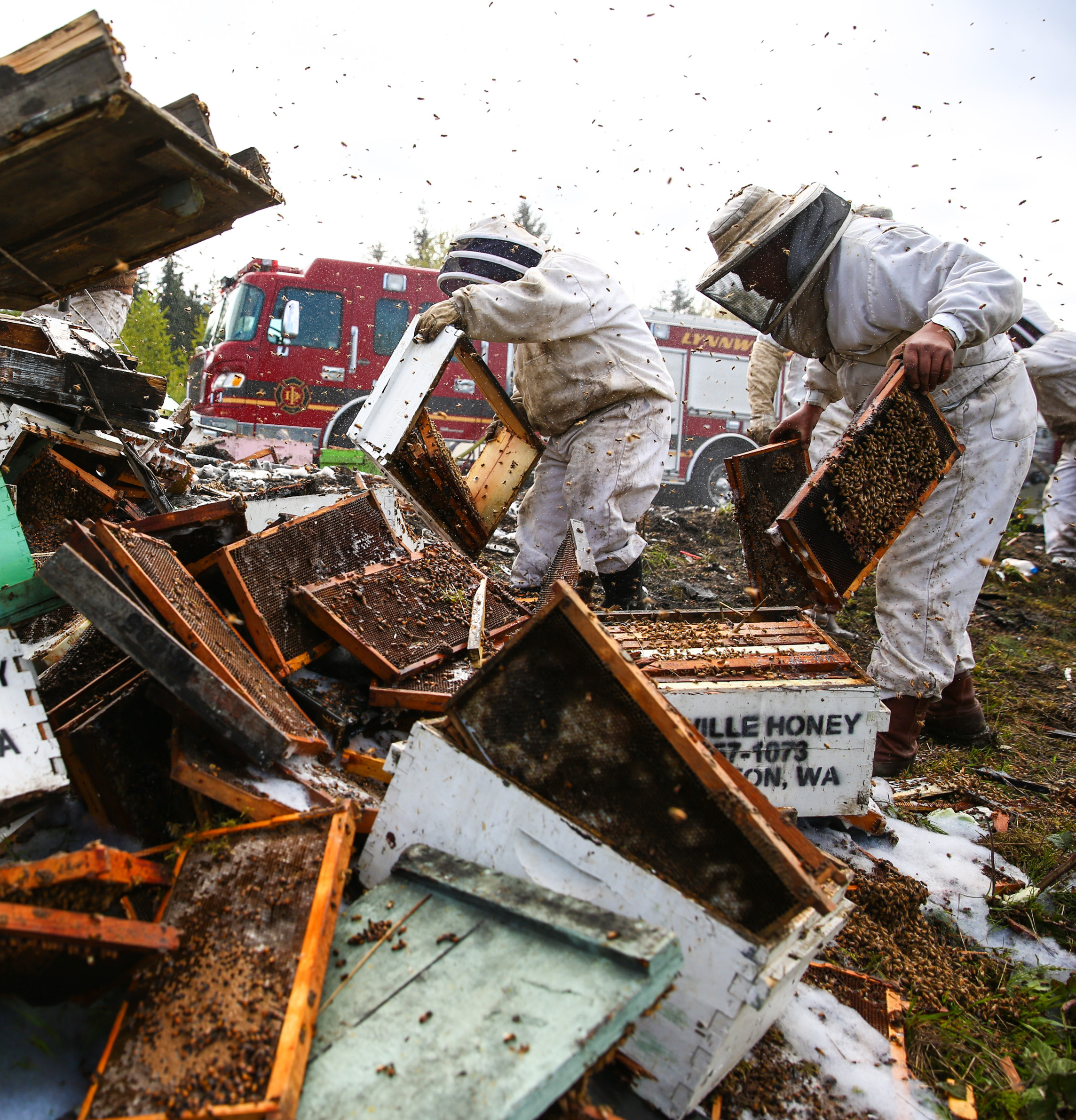