Lost for half a century, historic photographs of Cuban revolutionary Che Guevara shortly after his execution have come to light in a small Spanish town. The dark-bearded guerilla leader lies on a stretcher with his dead eyes open, his bare chest stained with blood and dirt, in the eight black and white photographs taken after he was shot by the Bolivian army in October 1967. The photographs, taken by Marc Hutten, now belong to Imanol Arteaga, a local councillor in the northern Spanish town of Ricla. He inherited them from his uncle Luis Cuartero, a missionary in Bolivia in the 1960s.

My aunt and my mother told me a French journalist had given them to him. He asked my uncle to take the photos because he was the only European leaving Bolivia at that moment.

Imanol Arteaga, who found the photos in a box belonging to his uncle

The missionary’s stash of pictures also includes a photo purportedly of the body of Guevara’s revolutionary companion Tamara Bunke, laid on a stretcher with her face disfigured. An Argentine-born doctor, Ernesto “Che” Guevara came to world prominence as a senior member of Fidel Castro’s revolutionary regime in Cuba. Hunted by the CIA, he was captured by the military in Bolivia on October 8, 1967, and executed the following day. His body was displayed to the press in the village of Vallegrande before being buried in secret. Arteaga believes it was Hutten who gave the photographs to Cuartero, possibly as a means of getting them quickly out of the country. (Warning: pictures below include graphic content.) 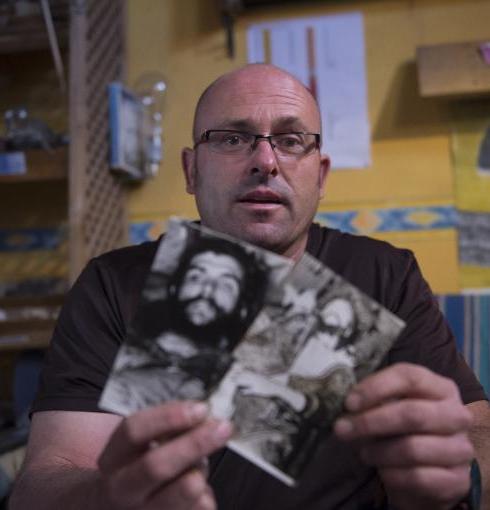