Hollande ‘won’t be pressured’ over warship delivery to Russia

French President Francois Hollande said Sunday he would not be pressured into delivering two warships to Russia, after delaying their handover due to the Ukraine crisis. Russia on Friday reportedly warned of “serious” consequences unless Paris quickly delivers the first of two Mistral-class helicopter carriers on order. The handover has been delayed due to Western concern at Moscow’s role in the Ukraine crisis. President Vladimir Putin on Saturday called on Hollande to “minimise the risks” between their countries after months of growing tensions when they met on the margins of the summit.

I will take my decision without any pressure, wherever it may come from, and based on two criteria: the interests of France and the appreciation I have of the situation.

With Moscow expecting the first of the two French carriers to be delivered on November 14, Russia’s state news agency RIA Novosti quoted a high-ranking Moscow source as saying Friday: “We are waiting until the end of the month, then we will lodge serious claims.” Under the original deal signed in 2011, the cost of the two vessels was put at a combined 1.2 billion euros ($1.5 billion). But with this year’s Ukraine crisis and the rapid decline in the West’s relations with Russia, France has come under intense pressure from allies, particularly the United States, not to supply the vessels. 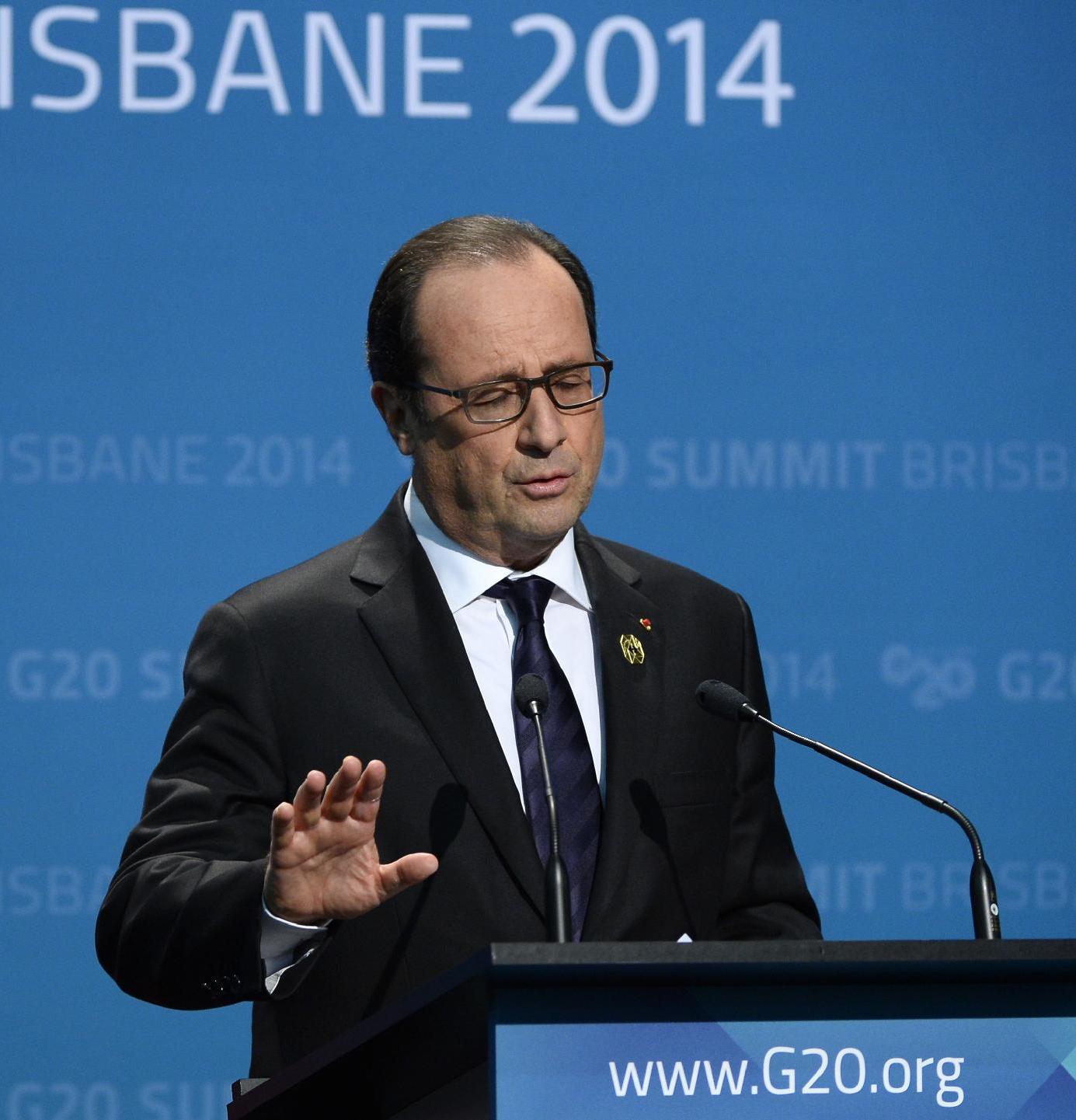