Pope Francis slipped out of the Vatican Thursday for a personal errand: New glasses. Francis arrived at dusk at the Ottica Spiezia on swank Via del Babuino in his Ford Focus, accompanied by his bodyguard and some plainclothes police, witness Daniel Soehe said. Shop owner Alessandro Spiezia said he put new lenses in the pope’s existing frames. He said he had made the pope new glasses last year, and that the pope had liked them so much that he asked him to fill a new prescription.“

I told my father, ‘Hey, that was better than going to St. Peter’s dome: Seeing the pope in a shop trying on new glasses.’

Soehe, a German tourist visiting Rome with his father

Business owners in Philadelphia may enjoy a financial windfall from the crowds expected when Pope Francis pays a visit in late September. The pope’s visit coincides with the World Meeting, a triennial Catholic conference aimed at strengthening family bonds. To encourage shops to navigate security hurdles and stay open for the historic occasion, the city this week launched the hashtag #OpenInPHL, a campaign designed to generate excitement and quell the backlash of negative publicity around logistics for the Sept. 26-27 visit. 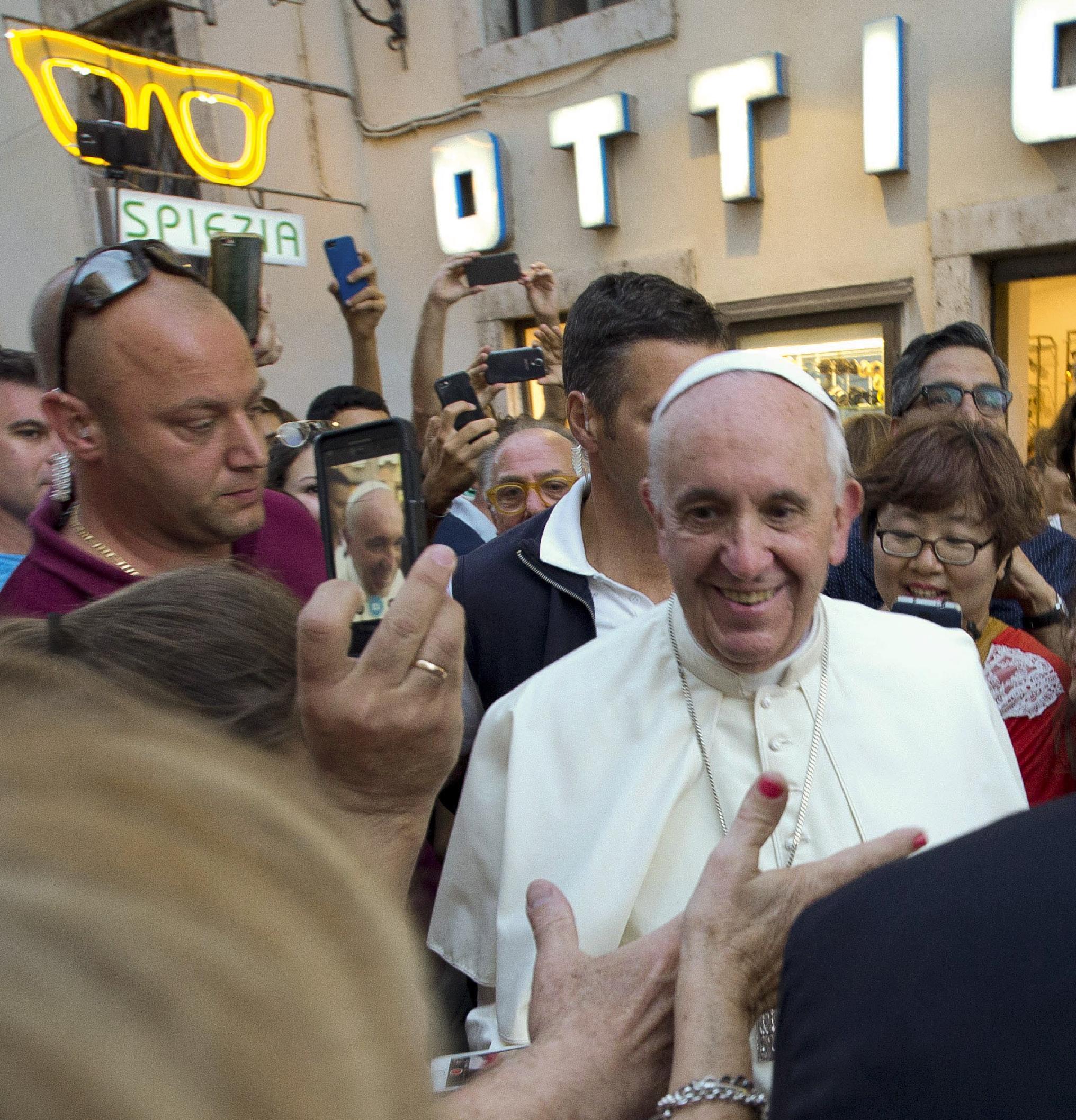