Hong Kong’s High Court has ordered the main protest sites that have choked the financial city for more than two months to be cleared, building up to a final showdown on Thursday between pro-democracy activists and authorities backed by Beijing. A local bus company, which was granted an injunction against street blockades at the site in Admiralty, has received an official clearance order from the High Court, according to notices posted in local papers on Tuesday. Student groups have been calling for a free vote in the Chinese controlled city through largely peaceful demonstrations dubbed the “Umbrella Movement”.

This station and the volunteers [here] are forming a defence line. We’re going to stay anyway.

Chief Executive C.Y. Leung, who has branded the protests illegal, has rejected calls for more talks on political reform and warned protesters not to turn to violence when the clearance starts. Splinter protest groups calling for democracy for Hong Kong are springing up and fast-tracking action plans as student-led demonstrators consider a retreat from the main protest site which has blocked key downtown arteries since the end of September. At their peak, the rallies drew more than 100,000, but their number has dwindled and now there only dozens left. On Tuesday, the site remained quiet filled mainly with visitors taking photographs.

I worry about my future after the movement, but I believe that I will have a future if Hong Kong has a future. 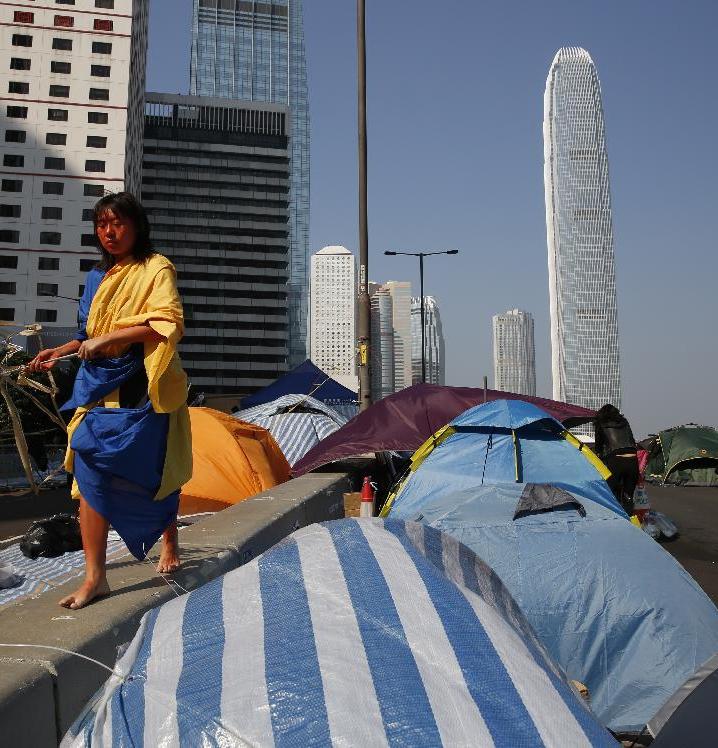