Hong Kong police said Saturday they will clear out the last pro-democracy protest site next week, days after the main camp was dismantled with over 200 demonstrators arrested. The protest area in the retail hub of Causeway Bay is the smallest and the last remaining site occupied by the democracy movement, which took over stretches of the city’s major streets for over two months. On Thursday, hundreds of police dismantled the Admiralty camp in the heart of the business district, sweeping away shelters and supply stands before swooping on a core group of protesters, who have vowed to maintain their struggle for universal suffrage.

I hope the protesters who might still be occupying the road illegally could cooperate police to avoid unnecessary confrontations.

Chinese state-run media triumphantly declared the Hong Kong pro-democracy movement “defeated” a day after the Admiralty site was cleared and warned domestic and foreign “hostile forces” against destabilizing the city. Demonstrators feel their lengthy occupation has put the democracy movement on the map with Beijing and the local administration, after it brought parts of the city to a standstill and saw tens of thousands of supporters on the street at its height. But it has achieved no political concessions from either Hong Kong’s leaders or the Chinese government, with both branding the protests “illegal”. 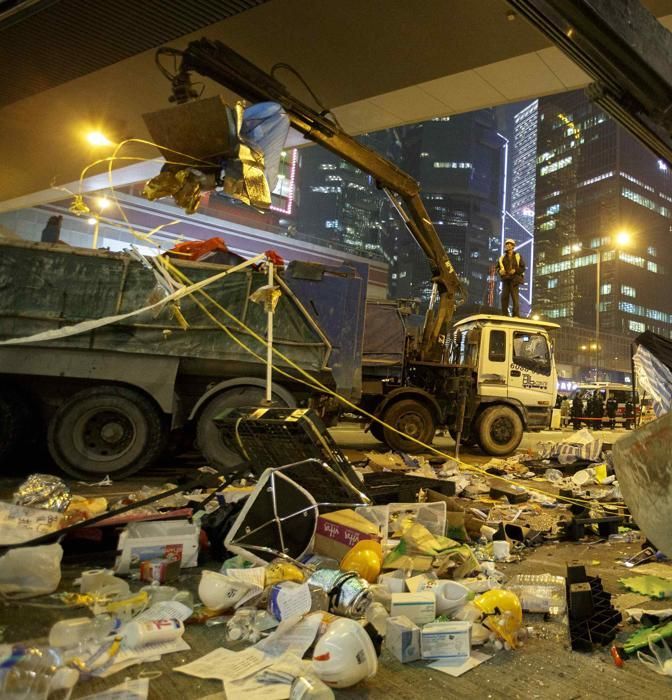