Three Hong Kong students who have led protests for greater democracy in the former British colony were stopped at the airport on Saturday while attempting to travel to Beijing to meet with top Chinese officials. Alex Chow, Nathan Law and Eason Chung – members of a group that played a main role in organizing street protests that started nearly two months ago – arrived at the Hong Kong airport greeted by dozens of well-wishers. But they were denied boarding passes for a Cathay Pacific flight when they were told their documents were invalid. The Home Return Permit, issued by mainland authorities, allows Hong Kong residents free travel within mainland China, but some of the city’s pro-democracy figures have been denied access to the country in the past.

Do they really know who they are and whom they can represent? How can they meet whomever they want in Beijing?

Editorial in the party-run Global Times, who said travel plans were merely a show for sympathy

The students had planned to fly to Beijing and head straight to China’s legislature to seek talks with Premier Li Keqiang and others. Before they were turned back, the three leaders were mobbed by supporters who unfurled yellow umbrellas, a symbol of the city’s democracy movement. Beijing has in the past confiscated or refused to renew travel permits for a number of Hong Kong activists, banning them from entering mainland China. A news conference is scheduled for later Saturday. 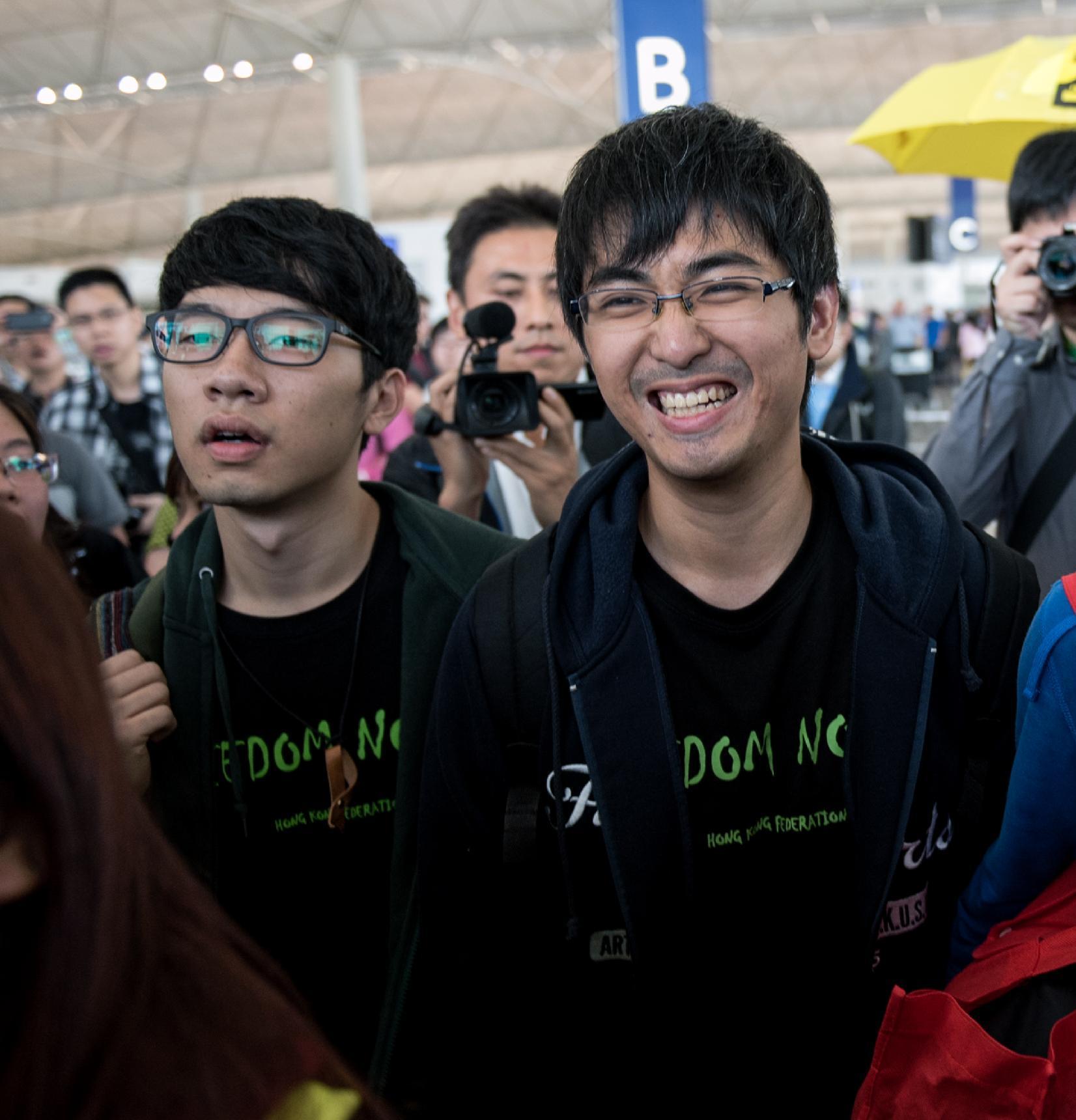