Hong Kong students to start talks with government on Friday

Hong Kong protest leaders agreed to hold two rounds of talks with the city’s government, saying the public’s desire for dialogue outweighed the students’ disappointment over the proposed agenda. The talks will start at 4 p.m. local time on Oct. 10, with the first session focusing on the constitutional basis for political-system changes and the second on legal requirements, according to the government and the students. That may mean the government won’t discuss making changes to rules laid down by China requiring all candidates to become the city’s chief executive be vetted by a committee. This is at odds with demonstrators’ core demand that the 2017 elections be more democratic, and may mean the discussions will make little progress and lead to further civil disobedience.

The government has no sincerity. Political problems need to be resolved by political means.

Protest leaders urged demonstrators to remain on the streets. Blockades remained last night at the three protest sites with groups of people strolling and taking pictures outnumbering demonstrators at the main hub in Admiralty. Nearby primary schools that had been shut due to the protests reopened yesterday, following the restart of secondary schools on Oct. 6. With blocked roads remaining the main impediment to commerce, companies and politicians began assessing the economic impact of the protests. Retailers saw sales plunge during one of the biggest shopping weeks of the year. 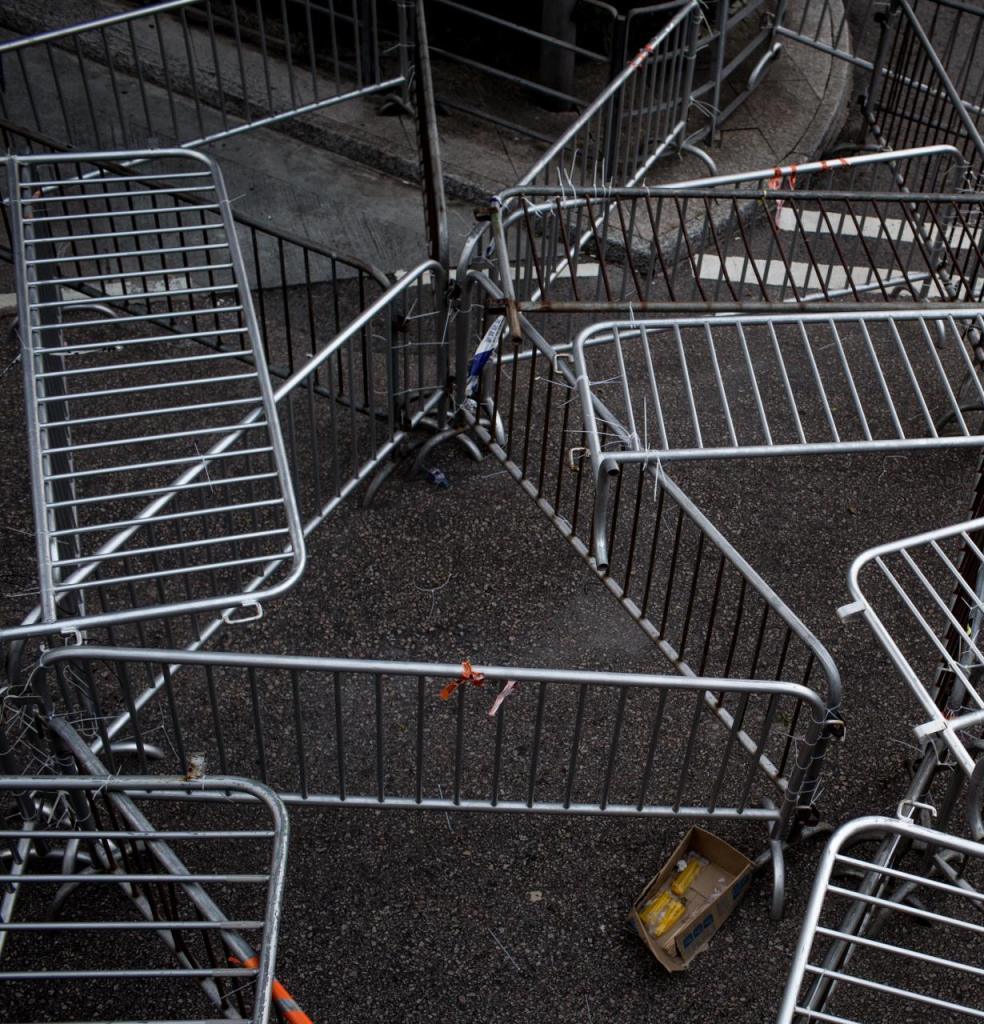