Hong Kong police have arrested more than 500 people after record numbers of residents joined a massive march to push for democracy. Police say protesters were arrested for alleged illegal assembly and obstructing police officers as they staged an overnight sit-in around the central business district. The annual rally marks the day Hong Kong was officially handed over to China in 1997. Police put the attendee numbers at around 100,000 but organisers of the protest—the Occupy Central movement—say there were around 500,000 protesters, which would make it the largest democracy rally in a decade.

Right now a lot of people in Hong Kong feel like they’re frogs in boiling water. When so many people come out and take a stand, I have hope that things will change.

Jessica Chan, 20-year-old protester and member of the Hong Kong Federation of Students

Anger at mainland China has never been greater after Beijing warned recently it holds the ultimate authority over the freewheeling capitalist enclave despite promises to allow a high degree of autonomy after British rule ended in 1997. China has said it will introduce universal suffrage for the city’s 2017 election—but wants a committee to approve the candidates. Pro-democracy activists want Hong Kong people to be able to elect the city’s leader. 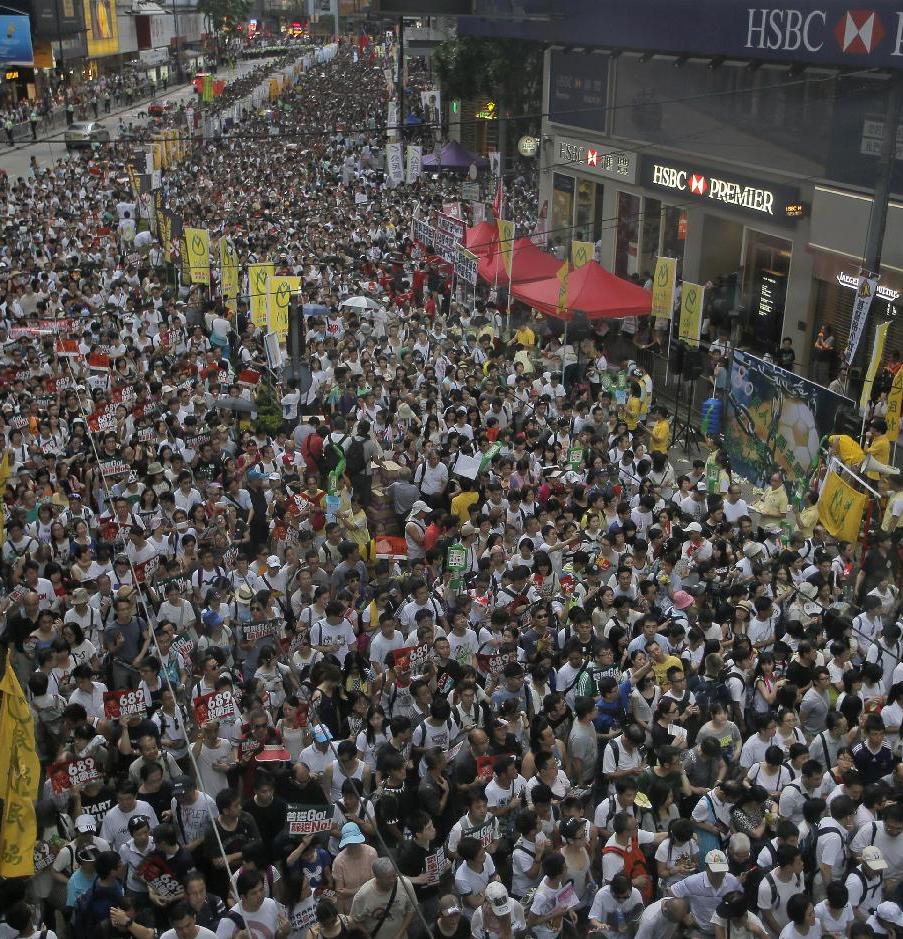