In Iraq, a historic Christian library saved from militants

The Syriac Orthodox Christians of Mar Matti, a monastery that dates back to the 4th century, moved to rescue their centuries-old library of around 80 manuscripts in August, at the height of the Islamic State group’s blitz, when its fighters were bearing down from Mosul to the north, toward the monastery. Their advance was halted by Kurdish pershmerga fighters, who now hold the road leading to the monastery. That was a relief to the monastery’s monks and their community, but they aren’t taking any chances and are leaving the manuscripts where they are until the group is decisively defeated.

Thank God they were unable to reach the monastery, [but] we will keep it here until the crisis is over, until the situation is stabilized.

Raad Abdul-Ahed, a local Christian who helped transport the library

Still, their absence leaves a void — sentimental and practical — for the handful of monks who continue to live at Mar Matti, along with other Christian families who have taken refuge there after fleeing their nearby town of Bashiqa. Saliba Shimon, The Syriac Orthodox archbishop for northern Iraq, says many other Christian manuscripts that were scattered in churches in villages around Mosul are now lost after the militants overran the areas. He and other bishops managed to bring only a few as they fled.

When we keep the manuscript, we are not doing it for the sake of its financial value, but rather because of its spiritual value. 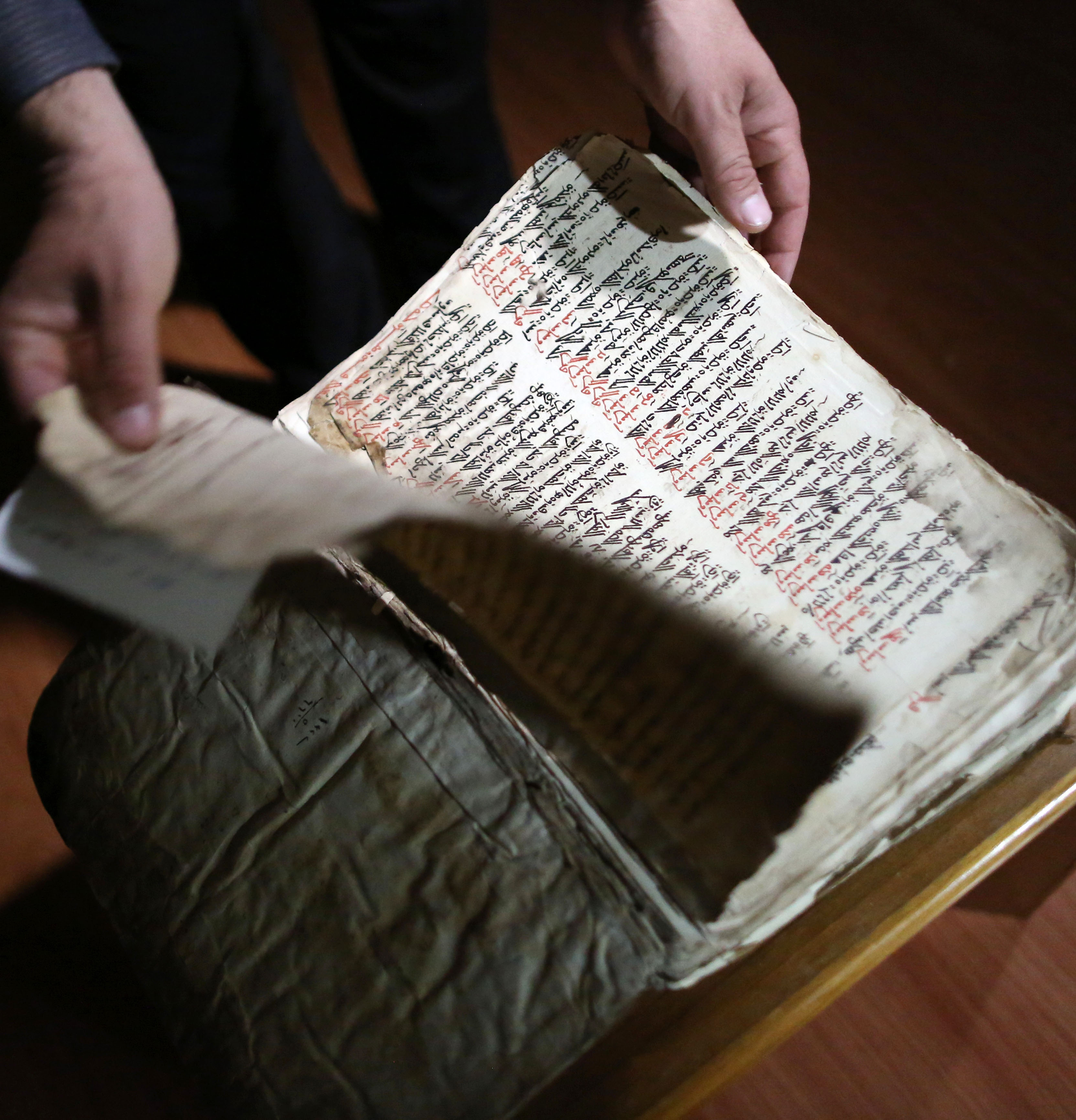