Police on Wednesday arrested a guru after a violent stand-off with thousands of followers at his sprawling ashram in northern India, where six people died and hundreds were left injured. Supporters of self-styled “godman” Rampal Maharaj, who is wanted on a series of 2006 charges including conspiracy to murder, had guarded the ashram for days armed with stones, petrol bombs and other weapons after a court ordered his arrest. Police finally detained him Wednesday, more than 24 hours after they stormed the heavily guarded ashram using water cannon and tear gas. But a spokesperson told reporters that no violence or confrontation took place between police and supporters at the time of his arrest, as thousands streamed out of the compound.

What started as a trickle hasn’t yet stopped and we have dropped off around 10,000 people at nearby bus and train stations. The people who left the ashram mostly said that they were being held against their will, as a shield for the guru against any police action.

Police accuse Rampal of ordering his disciples to fire on villagers during clashes in 2006 in which one person was killed and scores injured. The 63-year-old, a former engineer who considers himself an incarnation of the 15th-century mystic poet Kabir, denies the charges, according to a statement on his website. Gurus and Hindu holy men are immensely popular in India, with millions of followers. People often consult gurus before making important personal decisions. But the enormous power wielded by the self-styled holy men has led to scandals allegedly involing the exploitation of devotees. 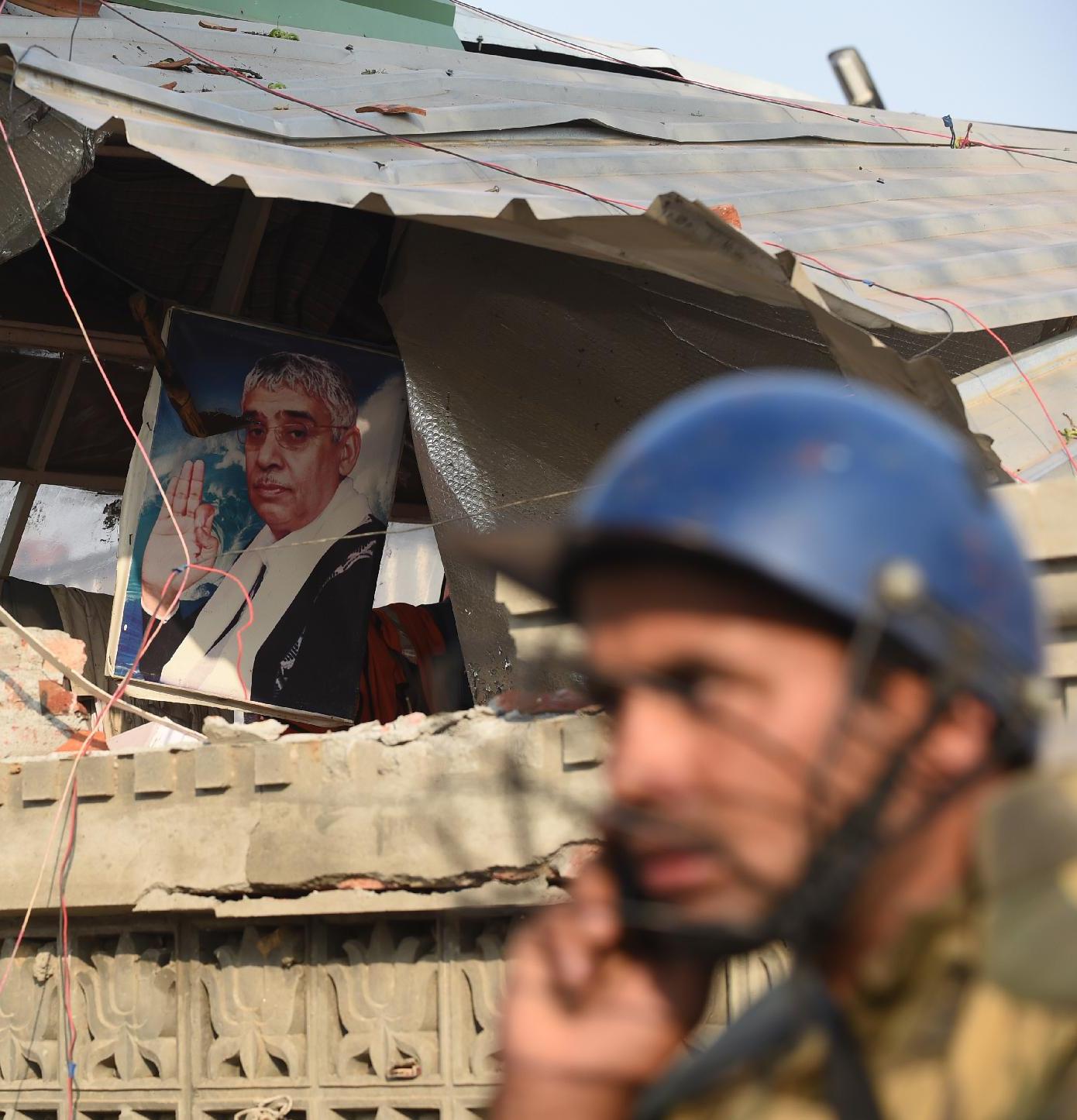