More than 200 most elderly members of Iraq’s Yazidi minority were freed by the Islamic State group after eight months in captivity and crossed Wednesday to the safety of Kurdistan. The Yazidis were actually freed Monday in Nineveh province, northwest of Kirkuk, but did not make their way to a Kurdish-controlled territory until two days later. The mass release of the Yazidis, kidnapped in Nineveh last year, is the second of its kind, after some 200 mainly elderly people were set free in January.

We negotiated for days with tribal sheikhs in Hawijah and were able to free the kidnapped Yazidis.

A sweeping IS offensive overran large areas north and west of Baghdad last June. A second drive in August targeted areas in the north that were home to many of Iraq’s minorities. The group, that crossed back to safety Wednesday, including many elderly and disabled people, was driven back to the Kurdish city of Dohuk after a stop in the Yazidi holy town of Lalish. The UN has said the IS campaign of killings, abductions and rape against Yazidis may amount to genocide. 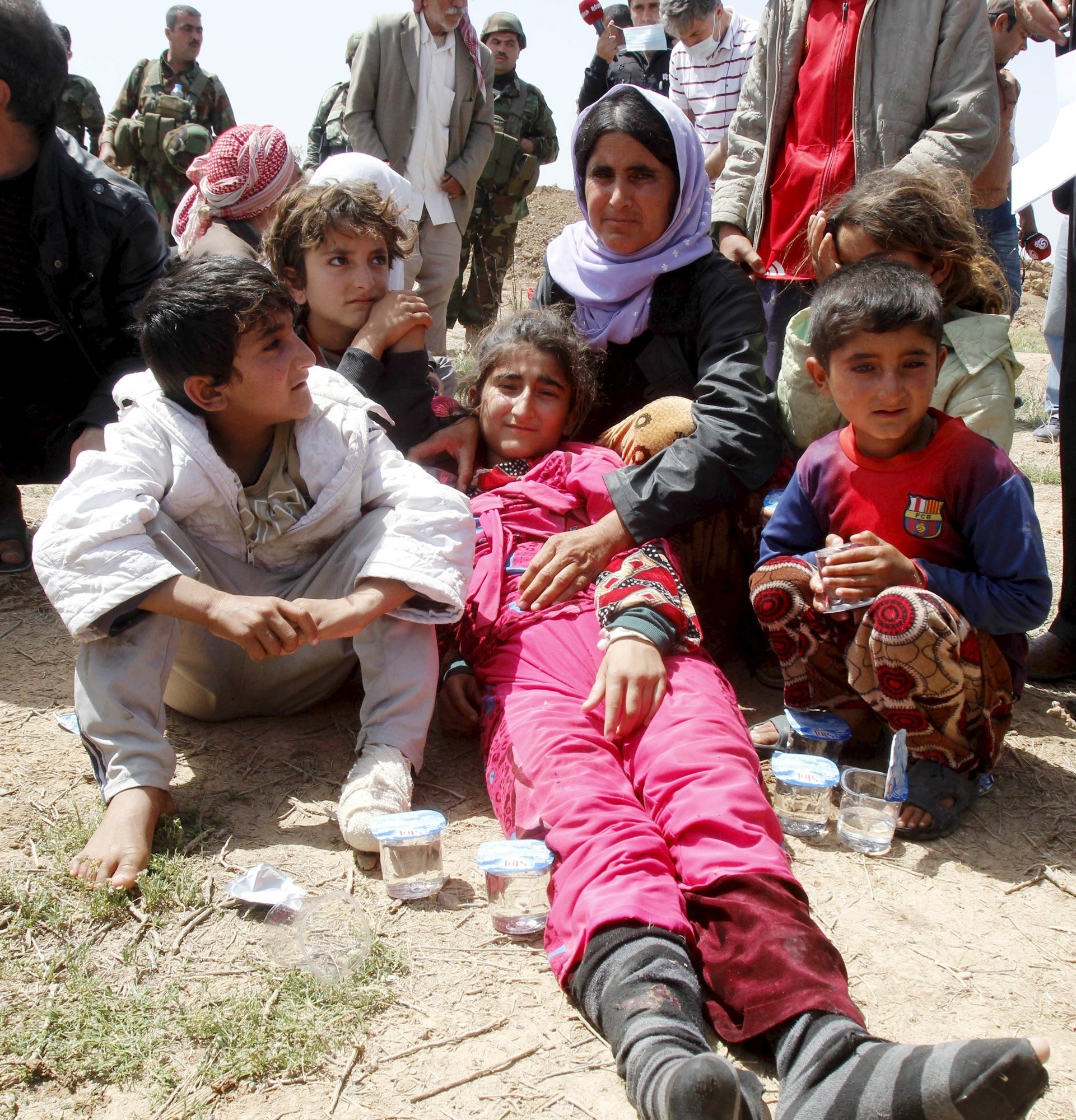