A 13-storey residential tower block in the centre of Gaza City has been destroyed by an Israeli air strike. Initial reports by local health officials said 17 people were wounded in the attack on the 13-storey Gaza building. An Israeli military spokeswoman said the building, which collapsed completely, contained a command centre belonging to Hamas militants. Local residents said it housed 44 families.

I call on the inhabitants of Gaza to evacuate immediately from every site from which Hamas is carrying out terrorist activity. Every one of these places is a target for us.

Hamas militants also fired rockets at Israel, hitting the southern city of Beersheba, where two people were hurt, police said. At least two rockets were also fired from Lebanon into northern Israel, but it was not initially clear who fired them, Lebanese and Israeli sources said. Indirect ceasefire talks mediated by Egypt to end the conflict collapsed after rockets were fired from Gaza during a truce and Israel responded with air strikes. The Egyptian Foreign Ministry on Saturday called on both sides to resume talks. 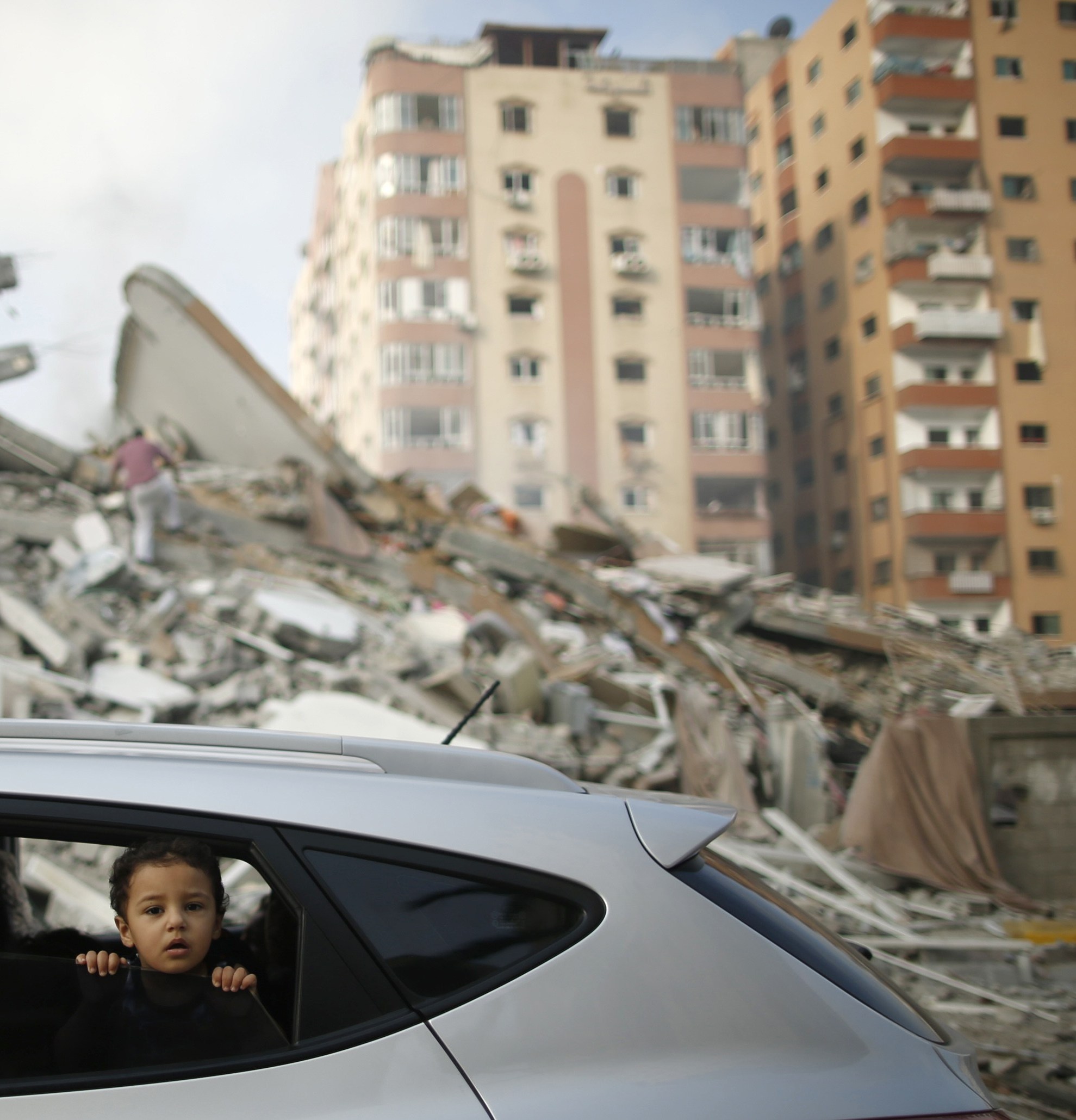