Italy’s Costa Concordia will set sail on its final voyage Wednesday as survivors look on, two and a half years after the luxury cruise ship crashed and sank in a nighttime disaster that left 32 people dead. The rusting liner, which has been floated from its watery grave, will be towed away to the port of Genoa in northwest Italy to be dismantled and scrapped. Surviving passengers who have returned to Tuscany’s Giglio island will gather with locals and holidaymakers to bid a final farewell to the once-magnificent cruise ship.

We hope that many of our feelings [from the night of the disaster] will leave when the boat leaves. And that as it goes on its way, we can finally go on ours.

The ship — roughly twice the size of the Titanic — will be dragged up the Corsica channel by two tug boats at a speed of just two knots (3.7 kilometres per hour), and is expected to reach Genoa in four days, weather permitting. The doomed ship struck rocks just off the Mediterranean island on the night of Jan 13, 2012 with 4,229 people from 70 countries on board, just as many passengers were sitting down for supper on the first night of their cruise. 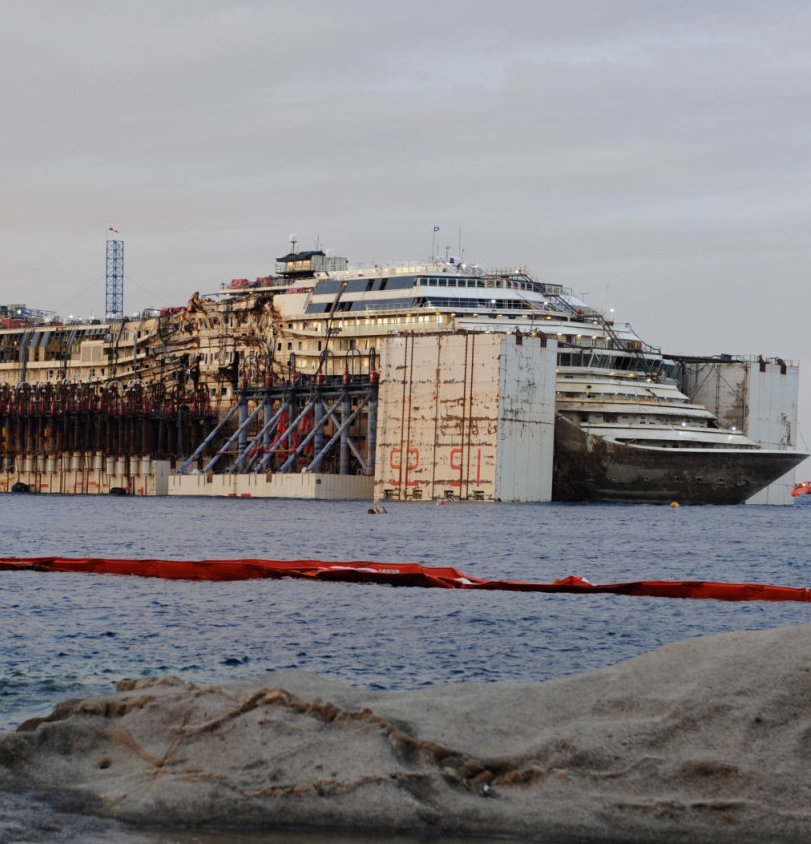