The remaining members of Monty Python will reunite on stage tonight for the last of their farewell shows, which will be screened in cinemas around the world. The cult comedy act—John Cleese, Michael Palin, Eric Idle, Terry Gilliam and Terry Jones—will perform the last show of their 10-night run at the O2 Arena in London. A host of comedy stars including David Walliams, Mike Myers, Steve Coogan and Eddie Izzard are expected to attend the performance, which will be shown in more than 2,000 cinemas across the globe.

It’s not something completely different but that’s exactly why fans will love it.

The announcement last November that they would be getting back together led to a ticket frenzy that saw the first night sell out in 43.5 seconds. “Monty Python’s Flying Circus” was made for TV between 1969 and 1974, and generations of fans can recite lines and whole sketches. The comedy troupe also made a string of hit films including “Life of Brian.” The final performance will also be broadcast live on U.K. television on channel Gold. 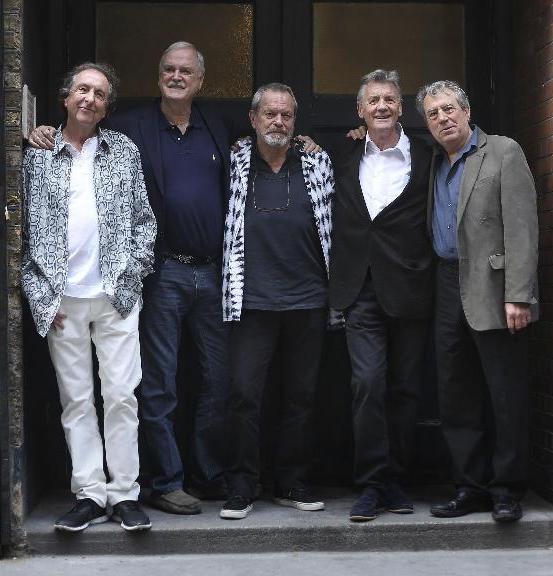