A Japanese man born months before the Wright brothers carried out the first human flight was recognised Wednesday as the world’s oldest male at the age of 111. Sakari Momoi, a former high school principal who was born on Feb. 5, 1903, received a certificate from Guinness World Records confirming the achievement. Dressed in a black suit, white shirt and silver tie, Momoi told media at the Tokyo care home where he lives that he did not plan on going anywhere just yet.

I want to live for about two more years.

Momoi bagged the title after the death in June of American Alexander Imich, who was born a day earlier. The recognition means Japan is now home to the world’s oldest man and woman, with 116-year-old Misao Okawa of Osaka taking the female honours. Around a quarter of Japan’s population of 128 million is aged 65 or older. The figure, already one of the highest proportions in the world, is expected to rise to around 40 per cent over coming decades. 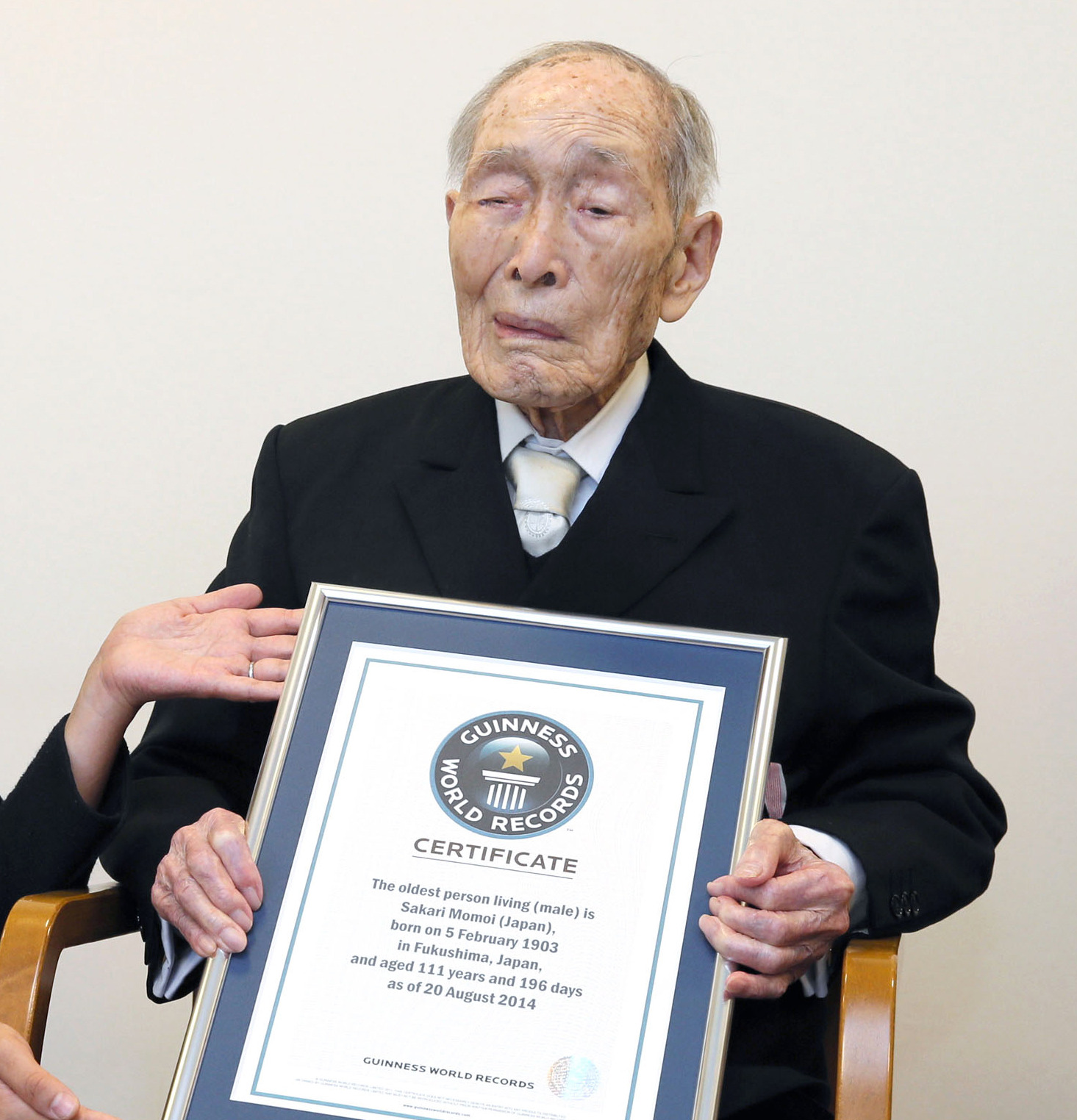