A court has issued an injunction ordering two nuclear reactors in western Japan to stay offline, rejecting regulators’ safety approval of the reactors’ planned restart later this year, a decision that could further delay the government’s restart plans. The Fukui District Court ordered the operator, Kansai Electric Power Co., not to restart the No. 3 and No. 4 reactors at the Takahama plant in Fukui prefecture, which is home to about a dozen reactors. In the ruling, the court said that four of Japan’s 17 nuclear power plant complexes had endured earthquakes exceeding their anticipated maximum seismic motions over the past decade and that the Takahama plant could be next.

Excluding the Takahama plant from the risk of such earthquakes is merely a groundless optimism. An accident at the plant could cause irrevocable damage.

said the ruling, released by a group of lawyers for the plaintiffs

The presiding judge, Hideaki Higuchi, cited spent fuel storage pools without proper containment and a moratorium for a compulsory radiation-free emergency command centre among examples of “the lack of rationality” by Japanese nuclear regulators. Kansai Electric said it planned to appeal the ruling, calling it “extremely regrettable and unacceptable”. It said the Takahama reactors’ safety had been endorsed by the regulators. The court criticised the Nuclear Regulation Authority’s safety standards for being too lax even with stricter requirements imposed following the Fukushima crisis after the March 2011 earthquake and tsunami. 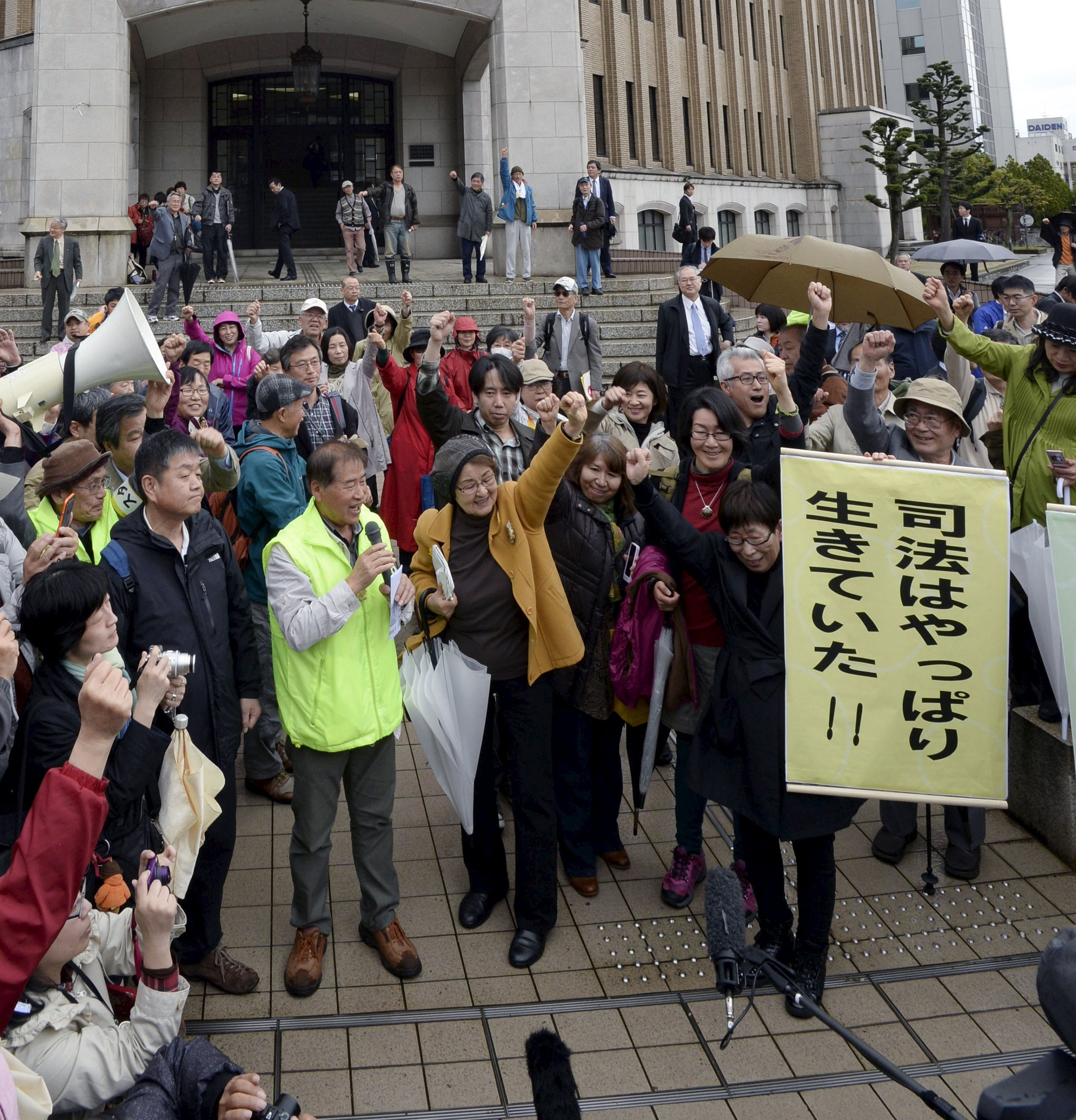