Former CBC Radio host Jian Ghomeshi, charged with four counts of sexual assault and one count of “overcome resistance—choking,” has been released on $100,000 bail. According to a press release, Toronto Police say Ghomeshi, 47, voluntarily surrendered Wednesday morning. In a 25-minute hearing Wednesday afternoon, Ghomeshi was formally charged. His next court appearance will be Jan. 8. Under terms of his release, Ghomeshi must turn over his Canadian passport and live with his mother, his surety, in Toronto. Ghomeshi left the courthouse in a crush of media without saying a word. However, his lawyer, prominent criminal defence attorney Marie Henein, is quoted as saying that Ghomeshi will plead not guilty to the charges.

The charge of overcome resistance by choking carries a maximum penalty of life imprisonment. The maximum sentence for sexual assault is 10 years in jail. Ghomeshi, the former host of CBC Radio’s popular “Q” program, was fired by the CBC on Oct. 26 when allegations about sexual abuse surfaced. He promptly filed a $55-million lawsuit against the public broadcaster and defended himself on Facebook. According to the CBC, Ghomeshi was fired when management saw “graphic evidence” that he had allegedly harmed a woman. On Tuesday, Ghomeshi dropped his lawsuit and settled with the CBC. Ghomeshi is expected to pay $18,000 in legal costs to CBC as part of the agreement, CBC has said. 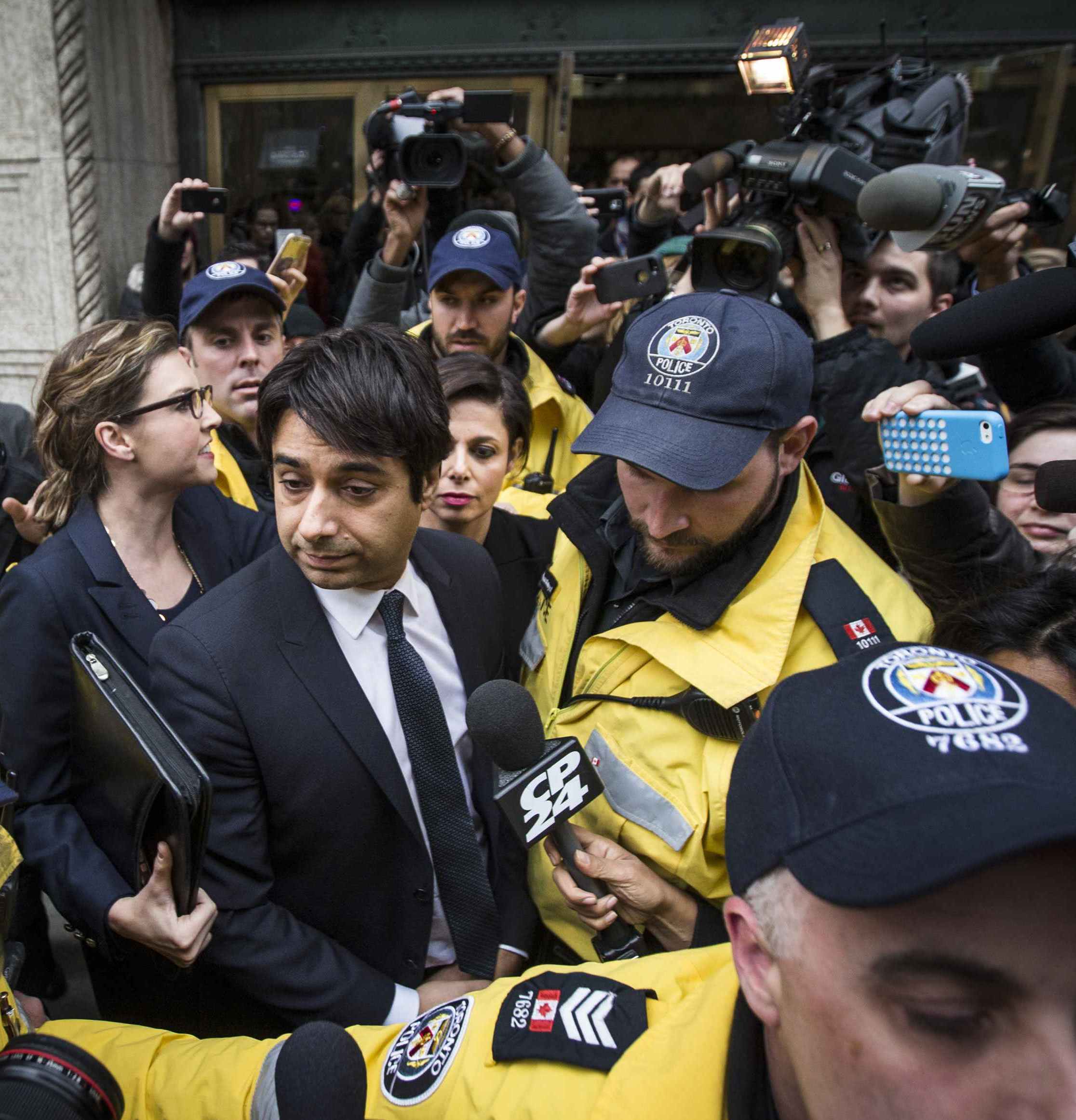