The European Parliament has elected former Luxembourg Prime Minister Jean-Claude Juncker to become president of the powerful European Commission for the next five years. Despite sharp opposition from Britain and Hungary, Juncker had been put up as a candidate for the job by 26 of the European Union’s 28 leaders, but needed a majority of at least 376 votes in parliament to take up the post. He mustered 422 votes in favour—with 250 votes against.

Europe has lost much of its credibility, the gap between the European Union and its citizens has grown.

The vote paves the way to an extraordinary EU summit on Wednesday in Brussels that will allow EU leaders to complete a jigsaw of appointments for the next years, including a new EU foreign policy chief as well as a successor to Herman Van Rompuy as EU Council president. British Prime Minister David Cameron had wanted a new and more reform-minded face to reboot the EU, which in May elections saw a huge surge in favour of eurosceptic parties across the bloc. Juncker, who takes over from outgoing Commission President Jose Manuel Barroso, faced angry jeers on Tuesday from Britain’s popular eurosceptics when he spoke out strongly in favour of the euro, saying “the euro protects Europe.”

We are being asked to vote for the ultimate Brussels insider, somebody who has always operated with dark, backroom deals and stitch-ups. 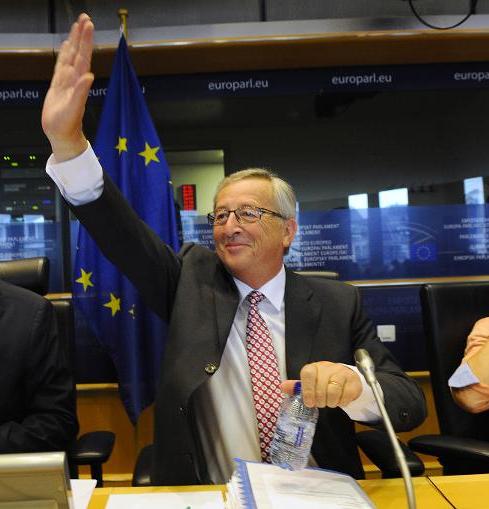