Almost two years after twin bombs exploded near the Boston Marathon’s finish line on April 15, 2013, and killed three people and wounded more than 260, jurors are set to begin deliberations in the murder trial of accused bomber Dzhokhar Tsarnaev. During closing arguments Monday, Tsarnaev’s lawyers agreed with prosecutors that Tsarnaev conspired with his brother to bomb the marathon and planted one of two pressure-cooker bombs that exploded that day. But the defense said it was his deceased older brother, Tamerlan, who was the mastermind of the attack and who bought the bomb parts, built the bombs and planned the attack, said defense attorney Judy Clarke.

Prosecutors used their closing to remind the jury of the horror of that day, showing photographs and video of the carnage and chaos after the shrapnel-packed pressure-cooker bombs exploded. Prosecutors disagree with the defense strategy, telling the jury that Tsarnaev made a coldblooded decision aimed at punishing America for its wars in Muslim countries.

This was a cold, calculated terrorist act. This was intentional. It was bloodthirsty. It was to make a point. It was to tell America that ‘we will not be terrorized by you anymore — we will terrorize you.’ 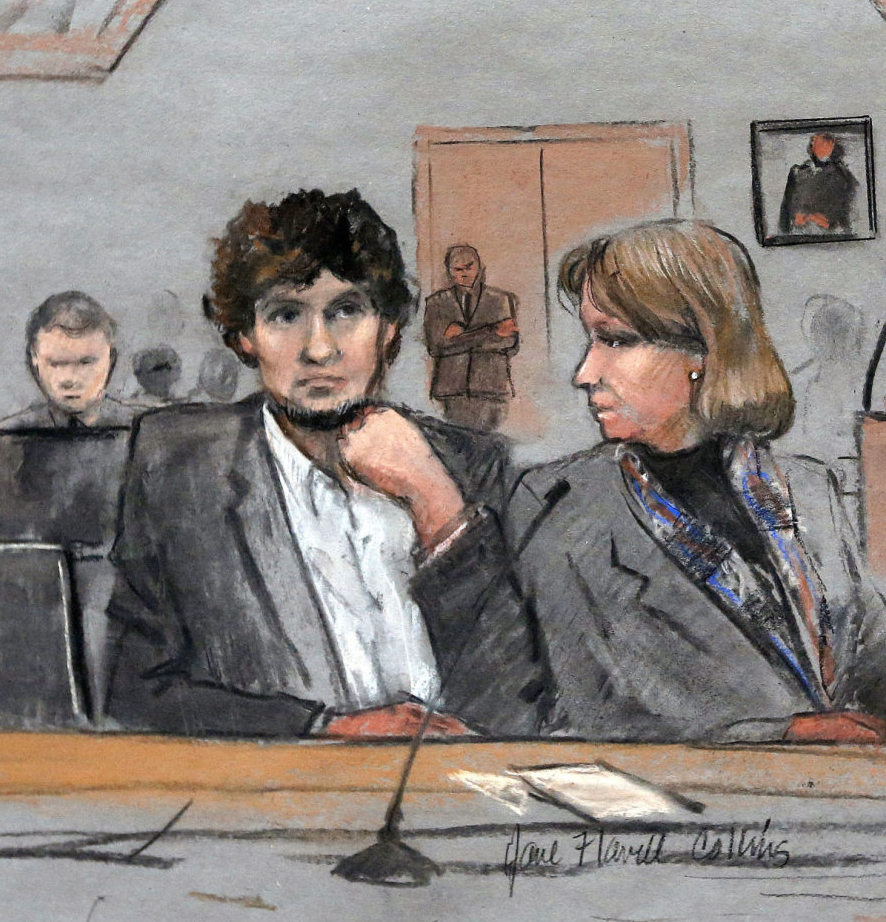