Kate Bush was welcomed to the stage for her first live gig in 35 years by a massive roar from the sell-out crowd at the Hammersmith Apollo, in London. The singer, dressed in black, walked on stage with a procession of backing dancers to open the first of 22 shows at the west London venue with a performance of Lily. The Before The Dawn shows see the 56-year-old return to the venue where she effectively quit touring after just six weeks on the road in 1979.

Thank you so much for such a wonderful, warm and positive response.

Kate Bush, at the end of the performance

The audience, including Lily Allen, Gemma Arterton and Pink Floyd guitarist David Gilmour, the man who spotted her talent as a teenager, loved every minute. Actors dressed as fish, a helicopter rescue with searchlights on the audience, and a domestic scene involving toad in the hole followed in a typically Kate Bush spectacle. More than 80,000 tickets for her comeback gigs sold out in less than 15 minutes after they were announced in March. Tickets had been advertised for up to £1,000. In the weeks before the show, Bush asked fans not to take pictures or videos on their phones during the performance.

We’ve just heard musical history. I dreamt of this but never thought I’d see it. This was on my bucket list.

Fan Kyla Fox, 41, who had travelled from Newcastle to see the show 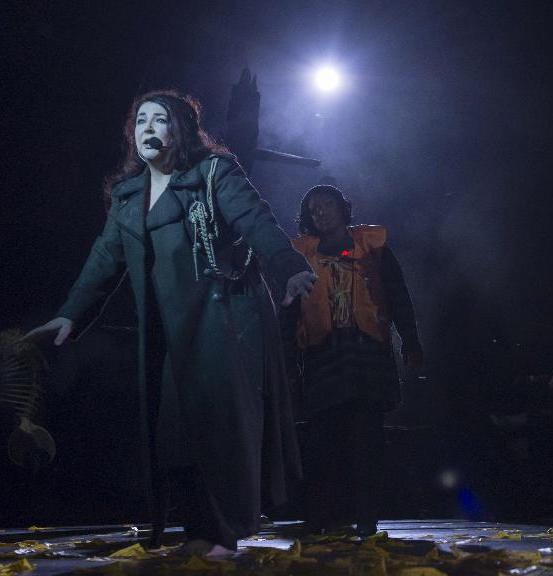