Kenya’s president has announced a security shake-up, firing his interior minister and accepting the resignation of the national police chief, in the wake of a series of deadly attacks by Islamic extremists from neighbouring Somalia. President Uhuru Kenyatta named an opposition politician and retired army general, Joseph Nkaissery, to be the new interior minister, in charge of security. Police Chief David Kimaiyo said he resigned for personal reasons.

I have been saying for a long time that these terrorists want to create chaos in the country by creating divisions between Muslims and Christians.

Public pressure had been mounting for the two officials to be replaced following a string of extremist attacks. The changes come after Islamic extremists from Somalia killed 36 quarry workers in northern Kenya early Tuesday, targeting non-Muslims just like an attack 10 days ago on bus passengers. The group al Shabab, which has been battling for years to establish hard-line Islamic rule in Somalia, claimed responsibility for the killings. 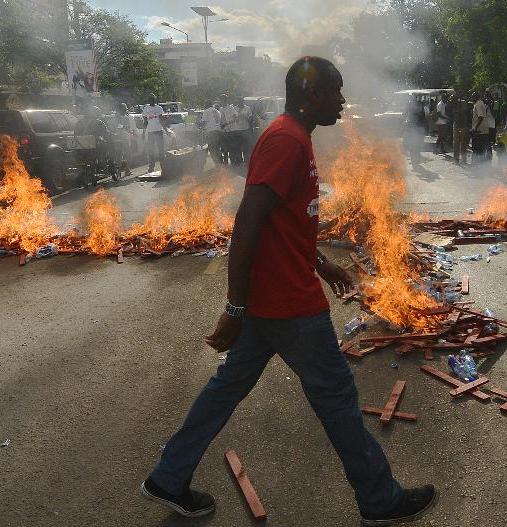