Kenyans marched demanding greater national security Tuesday following last week’s massacre by Somalia’s Shebab Islamists, ahead of a candlelit vigil on the final day of mourning for the 148 people killed by the militants. Hundreds of demonstrators waving placards and chanting slogans marched on the streets of the capital Nairobi and the northeastern town of Garissa, where the massacre was carried out. Security forces meanwhile continued their hunt for those behind the university killings.

We are mourning the loss of our fellow comrades, we have lost the vibrant blood that would have built tomorrow’s Kenya.

Vigil organiser Boniface Mwangi, who has urged Kenyans to come with flowers and to dress in black for the vigil in Nairobi’s Uhuru Park has been deeply critical of the country’s security failings. “Entrenched corruption in the security system allows Al-Shebab to move freely in and out of Kenya and carry out such attacks with ease,” said Mwangi, a civil society activist. 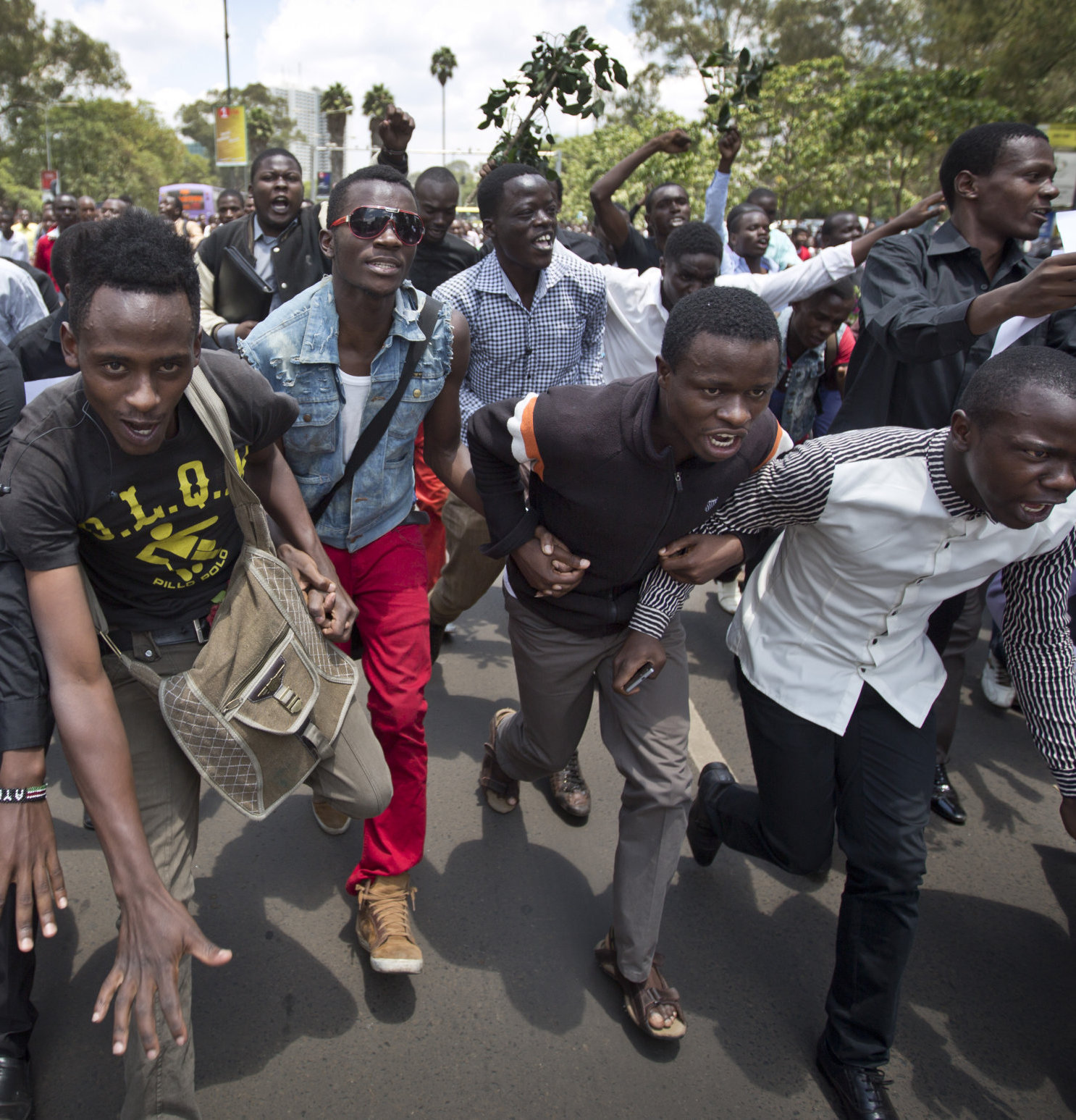