Keystone pipeline passes one U.S. hurdle and could be Obama’s third veto

It’s a sign of how few laws have come through the U.S. Congress to the president’s desk for approval. For all of the Republican handwringing over President Barack Obama’s use – or overuse – of presidential authority, there is one exclusive power perk he has barely wielded at all: the veto. Obama has rejected just two bills passed by Congress in his nearly six years in office. Yet Obama could face a veto decision even before the new Congress takes office, thanks to the fresh post-election push to approve the Keystone XL oil pipeline. The House of Representatives passed legislation on Friday signing off on construction of the Canadian project by a bipartisan vote of 252-161, as 31 Democrats joined all but one Republican in support.

The president doesn’t have any more elections to win, and he has no other excuse for standing in the way.

The White House has not issued a formal veto threat on the bill, but spokesman Josh Earnest on Thursday noted the administration has taken “a dim view” on previous legislative proposals that have passed the GOP-led House but stalled in the Senate. The bill poses an interesting political question for Obama. A presidential signature could serve as an olive branch to Republicans and a modest gesture to voters who want the two parties to work together. But even if the president believes he’ll eventually have to approve the project, a veto now would preserve the possibility of using Keystone to extract concessions from Republicans early next year. Signing the bill now, by contrast, would garner nothing in return. 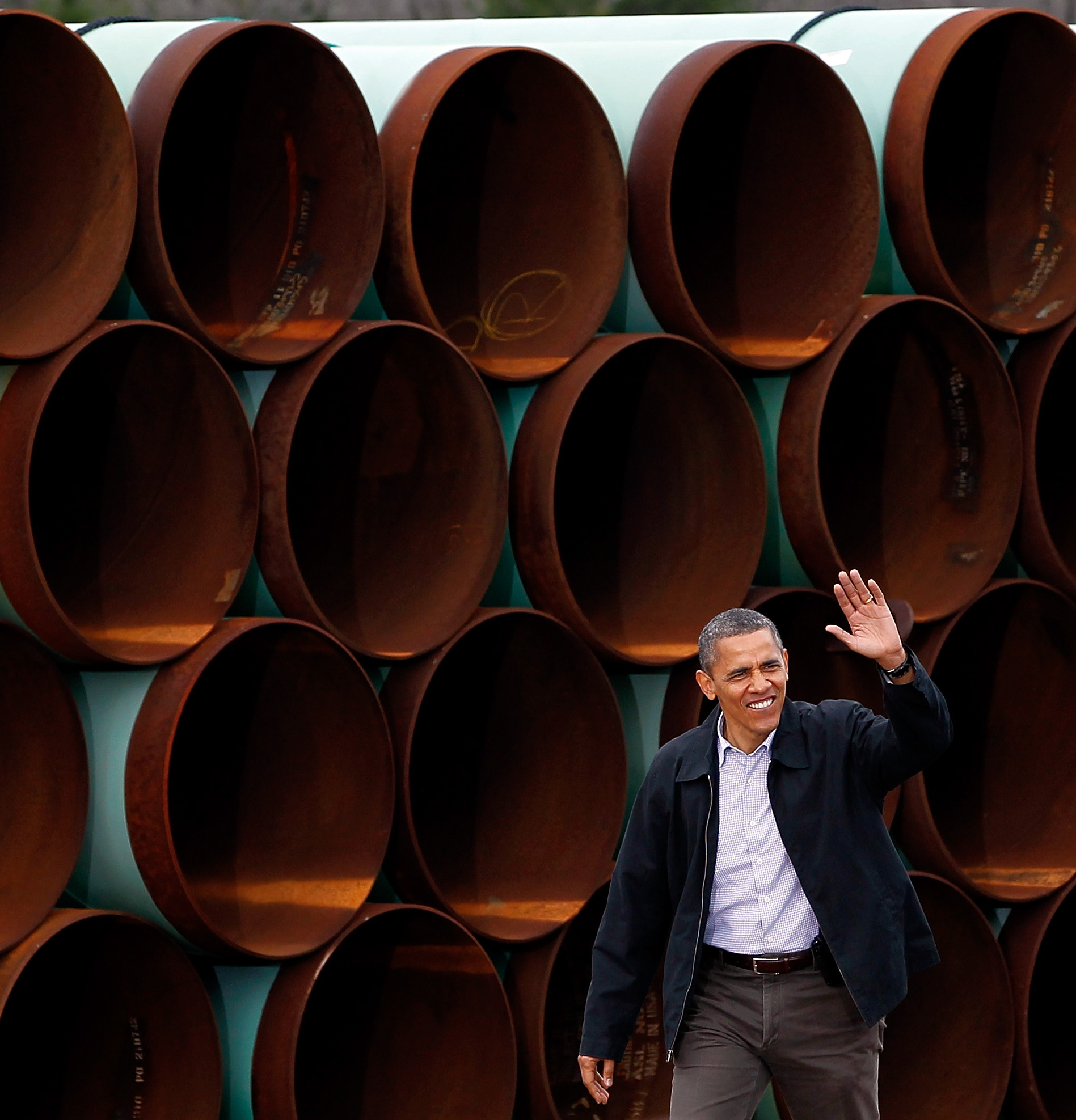