The manufacturer of the iconic London taxi is to build a new £250m factory in Coventry, creating 1,000 jobs. The news was announced hours after Jaguar Land Rover said it had committed £600m to support its own operations in the West Midlands. The investment in the London Taxi Company, by its Chinese owner Geely, is being supported by the Government’s Regional Growth Fund. Geely said the new state-of the-art research, development and assembly facility would prepare the ground for the introduction of the next generation electric and ultra-low emission London Black Cab.

I warmly welcome Geely’s commitment to building this impressive new factory in Coventry, highlighting the UK’s position as a world leader in the development and manufacturing of ultra low emission technologies.

The company said it was to develop the next generation London black cab to comply with new emission regulations being introduced by the City’s mayor from 2018. Boris Johnson said: “The production of zero emission-capable vehicles, incorporating the latest state of the art technology, is essential as we strive to create the greenest taxi fleet in the world for London. Jaguar Land Rover said its investment would support product creation and advanced vehicle manufacturing. The largest single investment was made at its Castle Bromwich plant to support the introduction of the new Jaguar XF. 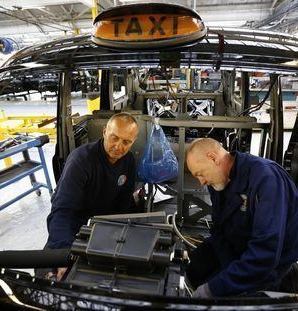