Liberians began voting on Saturday in a much-delayed election that will fill half the seats of the Senate in the Ebola-ravaged west African country. The vote for 15 seats in the upper house of parliament has been postponed twice already as the epidemic swept the impoverished nation, killing 3,290 people. Originally scheduled for October, the vote was pushed back to Dec. 16 as Liberia struggled to contain the Ebola epidemic, which has killed nearly 3,300 people in the country. Officials then pushed it back four more days to Saturday. The disease appears to have slowed in recent weeks, though critics questioned whether the vote could be conducted safely and credibly.

This election will give Liberia and its people an opportunity to show the world how far it has come.

Officials distributed 4,700 thermometers and 10,000 bottles of sanitizer to polling stations in preparation for the election. Earlier in the week, Assistant Health Minister Tolbert Nyenswah warned that anyone running a temperature higher than 37 degrees Celsius could be removed from the line and sent for screening. A sudden fever is one of the signs of Ebola infection. The most high-profile race, in Monrovia’s Montserrado County, pits opposition leader George Weah against Robert Sirleaf, son of President Ellen Johnson Sirleaf. Weah, a former soccer star who won the first round of voting for president in 2005 before losing in a runoff, said Saturday he would “flog” Robert Sirleaf. 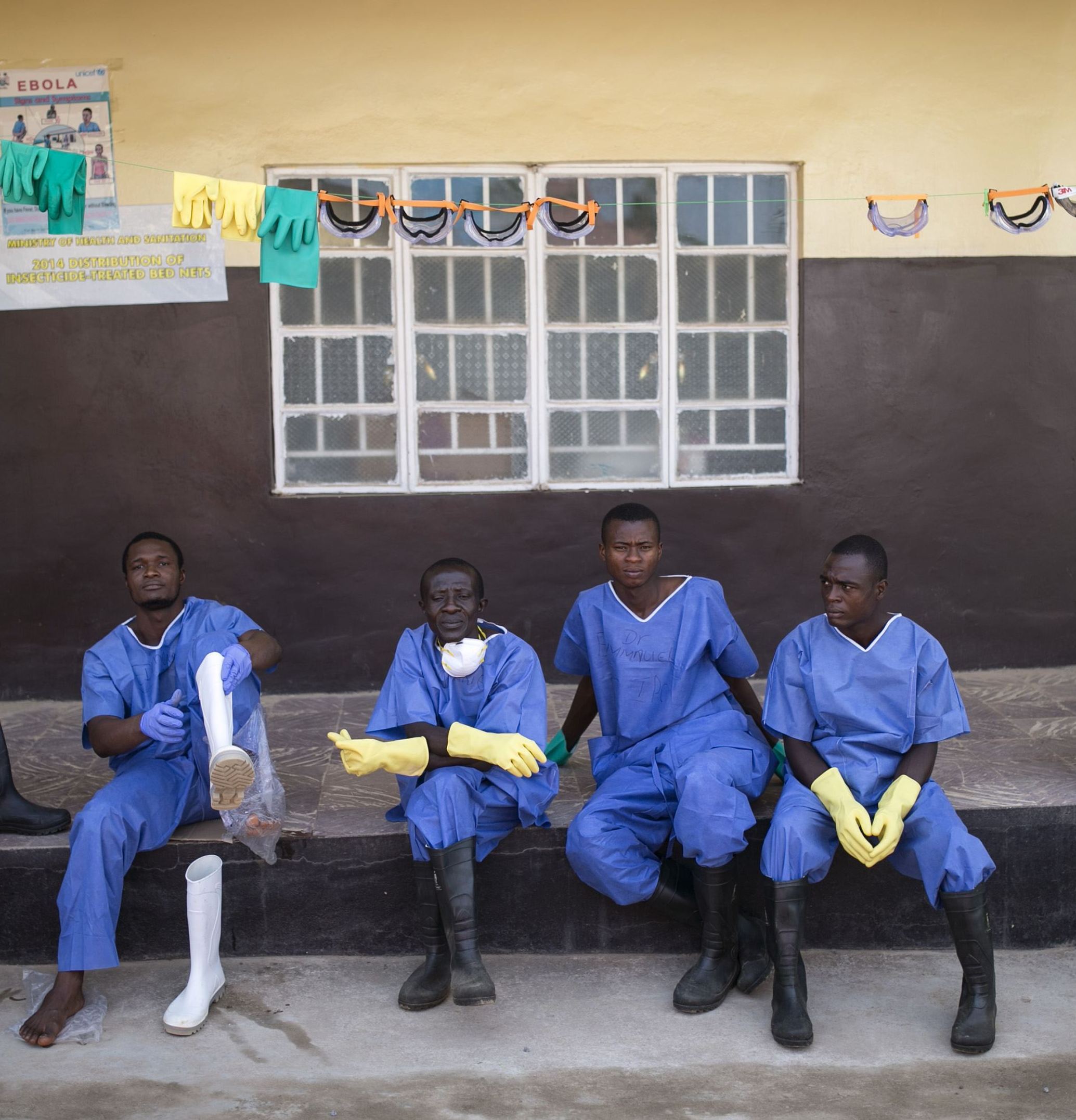