Lucky koala ‘Sir Chompsalot’ gets the kiss of life

A lucky koala was recovering Friday after being caught by firefighters when it fell unconscious from a tree before being given mouth-to-mouth resuscitation. Emergency crews were called a Melbourne suburb on Thursday night after reports that an injured animal was lying on the road after being hit by a car. When officials arrived, they found the furry native marsupial had climbed a tree for shelter and firefighters were brought in to bring it down. The koala - nicknamed Sir Chompsalot by the firefighters - died in the tree during the rescue attempt before falling from the tree. A wildlife officer on the scene then performed mouth-to-mouth resuscitation, while another rescuer pumped its chest to revive its heart.

We put it on O2 oxygen therapy to assist in getting some oxygen into the blood flow of the koala.

The furry marsupial is now in the care of Animalia Wildlife Shelter where he is apparently “well and eating.” Wildlife Victoria said it received more than 50,000 emergency calls over the past year involving native animals, with 1,600 concerning koalas. The most common reason was car accidents, followed by dog attacks. Habitat loss is considered the single greatest threat facing the koala population. 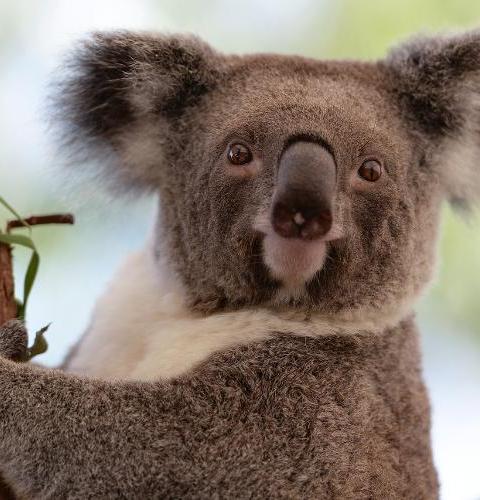