Pre-tournament favourite Rory McIlroy recovered from a stumbling start to clinch his fourth major title by a shot at the PGA Championship on Sunday. A stroke in front of the chasing pack overnight, the Northern Irish world number one lost the lead but regained control after the turn, signing off with a three-under-par 68 at Valhalla Golf Club for a 16-under total of 268. The 25-year-old became the fourth youngest player to land four majors, with only Tom Morris Jr., Jack Nicklaus and Tiger Woods ahead of him.

I didn’t think in my wildest dreams I’d have a summer like this.

Rory McIlroy, after being presented with the Wanamaker Trophy

Trailing by three at one point, McIlroy got within a stroke of the lead with a spectacular eagle at the par-five 10th where he hit his second shot from 281 yards to seven feet, before effectively sealing the title with birdies at the 13th and 17th. In gathering gloom at Valhalla, where play was suspended for just under two hours earlier in the day due to water-logged conditions, McIlroy parred the last to win his third consecutive title on the PGA Tour, and his second major this year. Phil Mickelson, the 2005 winner, finished in second, with Swede Henrik Stenson and American Rickie Fowler a stroke further back in third.

I’ve just played the best golf of my life and just really gutted it out today. It was a little different from the previous major wins that I’ve had and I think I showed a lot of guts out there today to get this job done. 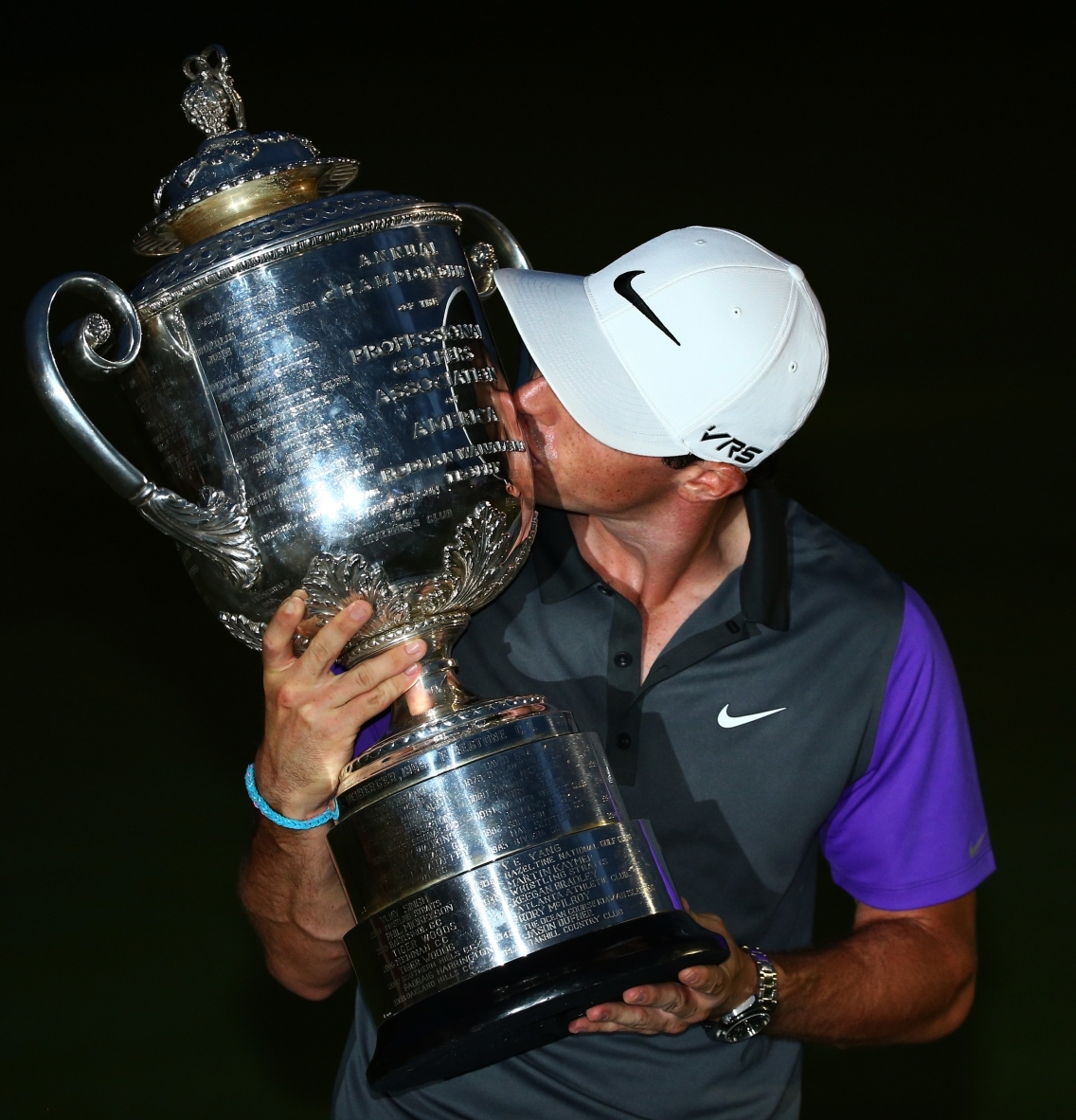