Masked gunmen have attacked a university in the town of Garissa in northern Kenya, police said, as ongoing gunfire could be heard from the university premisis.Witnesses said explosion and heavy gunfire rocked Garissa University College early on Thursday, and an ambulances were already at the scene.Local media reported that the gunmen have taken hostages inside the complex after raiding the university. The attack on the university facility began at dawn.

According to some of the students who escaped, ther.e are around five gunmen and they entered the university dormitory while students were sleeping.

It remains unclear whether there have been any fatalities or injuries. Kenya’s northern and eastern regions, which border Somalia, have been most affected by attacks blamed on al Shabaab Islamists from Somalia.They have vowed to take retribution against Kenya for sending its troops to Somalia. 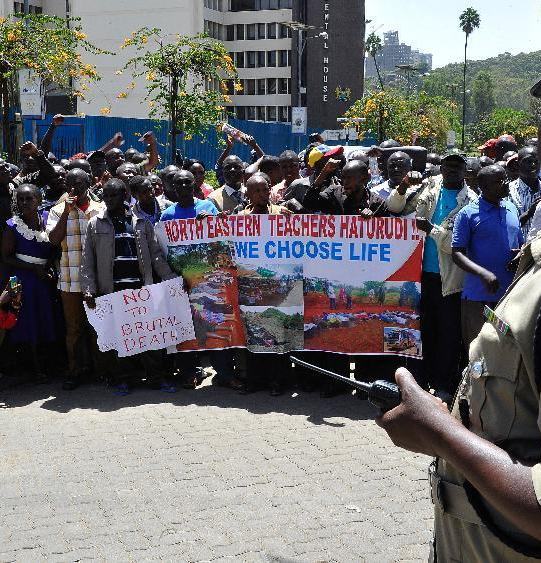