Winning the British Open wasn’t enough to make Rory McIlroy want to take the rest of the year off to celebrate. Neither was the first World Golf Championship he won Sunday at Firestone. Another major awaits next week. Two weeks after his wire-to-wire win at Royal Liverpool, McIlroy took his game from the links of Britain to the parkland of America and made the game look just as easy. With another powerful performance, he wiped out a three-shot deficit to Sergio Garcia in three holes, closed with a 4-under 66 and returned to No. 1 in the world with a two-shot victory in the Bridgestone Invitational. He looked just as good as the last time he reached No. 1 in the world during his torrid stretch at the end of 2012.

McIlroy became the 13th player with a major and a World Golf Championship, and he joined Tiger Woods as the only players to win them in consecutive starts. But Woods wasn’t around to see it. 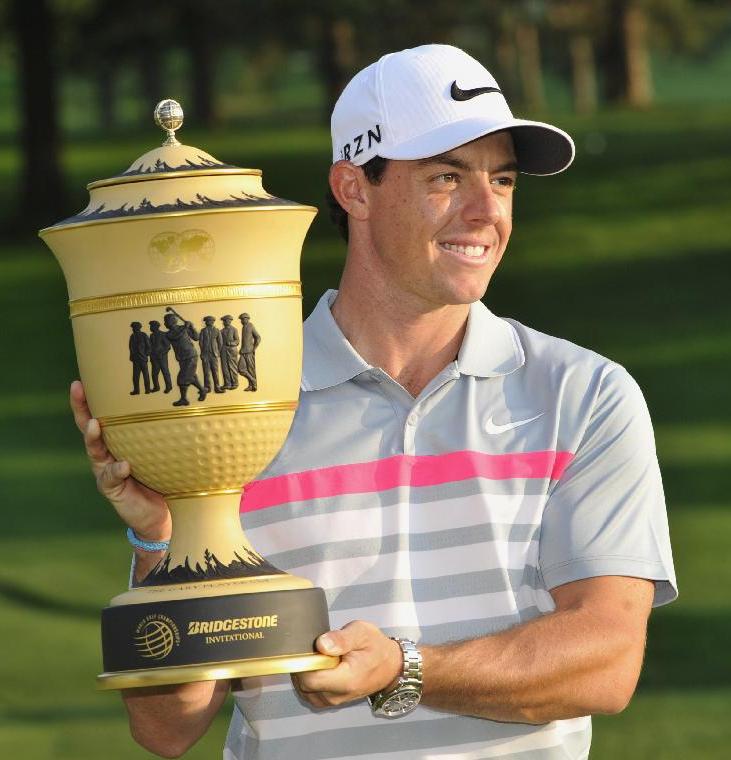