Last month was the hottest June since record-keeping began in 1880, according to a monthly report by U.S. government climate scientists. The combined average temperature over land and ocean surfaces was a record high for the month at 16.22 degrees Celsius, the National Oceanic and Atmospheric Administration said. That meant June was a total of 0.72°C warmer than the 20th century average for the month, surpassing the last record high temperature for June set in 2010, NOAA said.

Most of the world experienced warmer-than-average monthly temperatures, with record warmth across part of southeastern Greenland, parts of northern South America, areas in eastern and central Africa, and sections of southern and southeastern Asia.

The NOAA, in a statement

Sea ice in the Arctic declined faster than normal for June, and was nearly 5 per cent below the 1981-2010 average, NOAA said. The findings are part of an ongoing trend of rising global temperatures. June has been warmer than the 20th century average for 38 years in a row, the agency said. Its report last month also found that May was a record-setter, also topping the previous high set in 2010. The last time June broke records for being cooler than normal was in 1976. 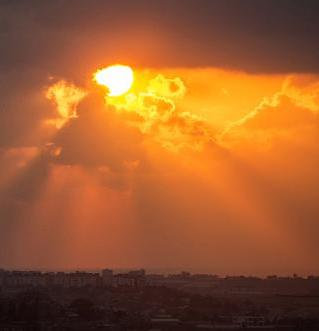