He didn’t always stay on topic, and not everything he said was politically correct or easy to understand, but most of the audience at the Comic-Con panel for Mike Tyson’s new animated Adult Swim TV series roared with laughter throughout. Tyson was in San Diego to promote his new show, ”Mike Tyson Mysteries,” in which a cartoon version of Tyson teams up with a pigeon to solve cases.

Listen, I’m glad I don’t have to punch people no more. God, that was stressful. That’s why I don’t like doing it. I got punched enough, too. You (get) hit with the lawsuits afterward. You knock the guy out quick (and) you’re so geeked up, you hit somebody else, you’ve got an officer involved and the next thing you know you’ve got a lawyer, you’ve got a jury …. you’ve got a witness involved in your life.

The other highlight of the panel may have been when co-star Jim Rash was answering a question about doing voice work. Tyson interrupted Rish to point out an audience member who resembled Jerry Garcia. “And that’s the end of my answer,” Rash said with a laugh. 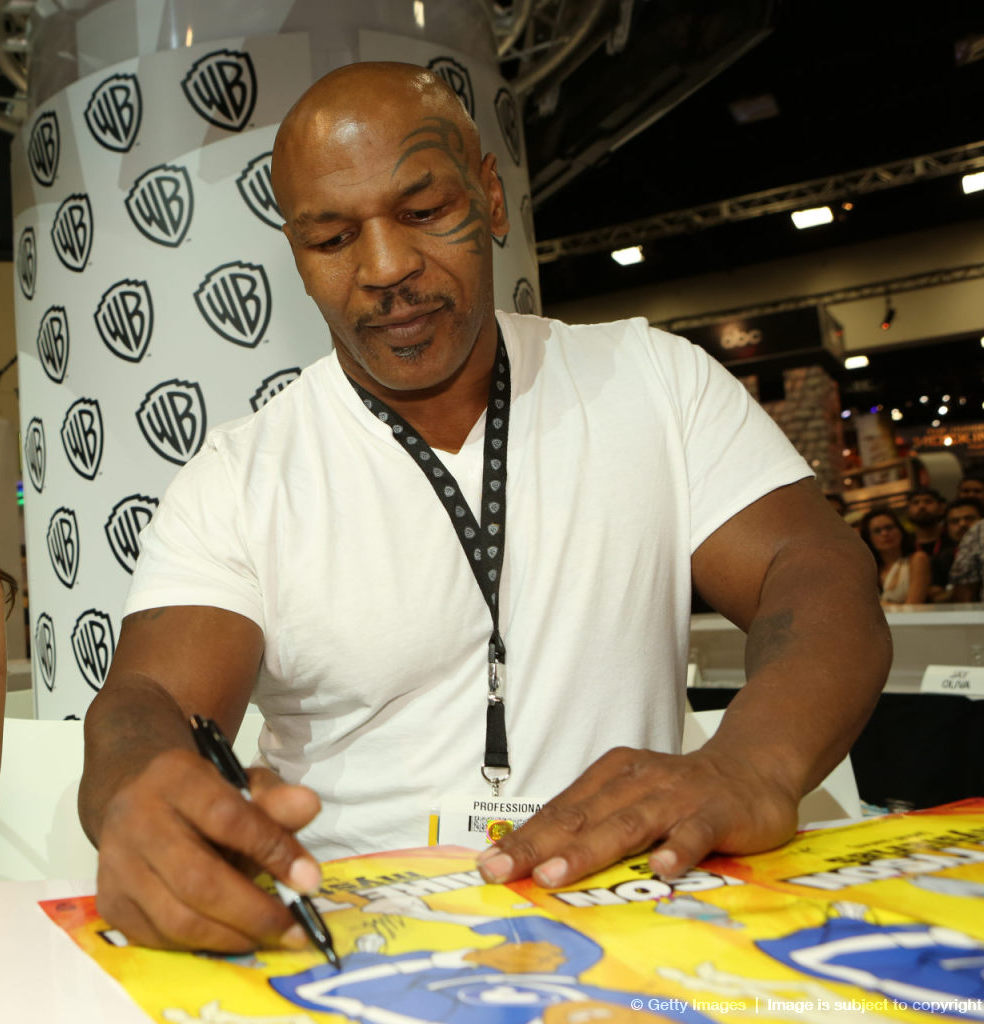