Nigerians have now until Sunday to vote in a presidential election that experts say is too close to call between President Goodluck Jonathan and former military dictator Muhammadu Buhari. The extension - due to technical issues with biometric card-reading machines - came as Boko Haram extremists waving guns forced voters to abandon polling stations in three villages of north-east Gombe state. The official website of the Independent National Electoral Commission was hacked but was quickly secured, said officials who said the site holds no sensitive material.

I cannot recall an election more important than this in the history of our nation.

Voters in the oil-rich south who traditionally support President Goodluck Jonathan could determine the outcome of the first election in Nigeria’s history where an opposition candidate has a realistic chance of defeating a sitting president. Nigeria’s north-east is the centre of the Islamic uprising of Boko Haram who have vowed to disrupt elections, calling democracy a corrupt Western concept. Many waited hours to be registered to vote, only to find that machines were not reading new biometric voting cards. Even the president was affected. Three newly imported card readers failed to recognise the fingerprints of Jonathan and his wife. Nigeria’s electoral commission said on Saturday it would extend voting into an extra day in polling stations that had technical issues with the machines.

I appeal to all Nigerians to be patient no matter the pains it takes as long as if, as a nation, we can conduct free and fair elections that the whole world will accept. 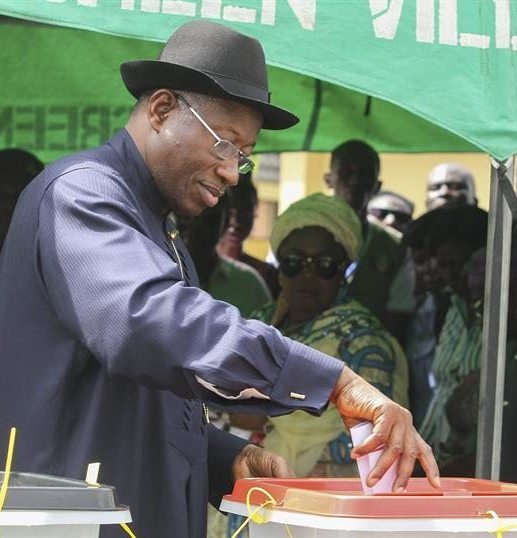