Floods triggered by heavy rains have inundated nearly 200 villages in Uttar Pradesh, killing at least 21 people and leaving thousands homeless, officials said on Sunday, as forecasts for more rain prompted fresh flood warnings. The latest rain has caused landslides and floods in many parts of India and neighbouring Nepal, where at least 90 people have been killed since Thursday, according to the latest government update. More rain is now forecast in Uttar Pradesh—India’s most populous state—and Uttarakhand, resulting in new flood warnings.

Nearly 200 villages have been hit by the flood which has taken at least 21 lives.

The Rapti River that threads through densely populated parts of the state is already running above the danger mark, another official said. India’s annual rains have picked up from early August after the latest start in five years for the June-September monsoon season raised fears of widespread drought in the subcontinent. 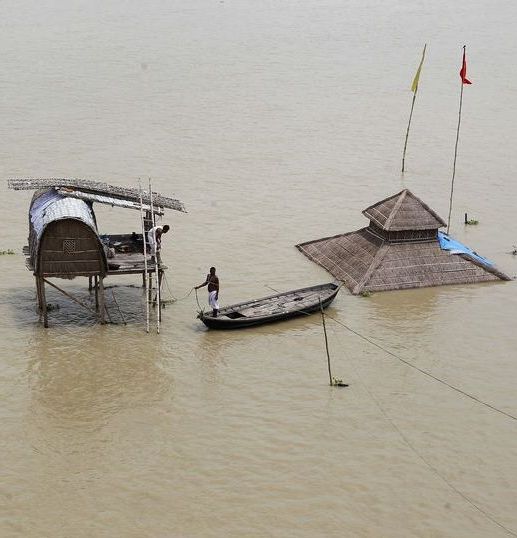