As Liberia emerges from the worst Ebola outbreak in history, the slum-dwellers of Monrovia’s Peace Island ghetto are facing an even deadlier threat: the measles virus. Experts say Liberia and its neighbours Guinea and Sierra Leone are ripe for an outbreak that could infect thousands, dwarfing the carnage wrought by Ebola. With overburdened hospitals unable to keep up, measles immunisations in the region have fallen by 75%. As a result, up to 100,000 more children could get measles.

We did a survey and we found out that measles is becoming a serious threat to the Peace Island community… So we decided to launch this campaign in response.

Medical aid agency Doctors Without Borders – known by its French initials MSF – aims get 700 children aged nine months to five years into its makeshift community vaccination centre. Vaccination supervisor Denis Besdevant says 250 infants were seen on the first day of the campaign last week. Convincing mothers to hand over their children is not easy though; many believe the government is trying to bring Ebola back through the vaccine. MSF is slowly changing minds by using the mothers of vaccinated children to persuade the others. 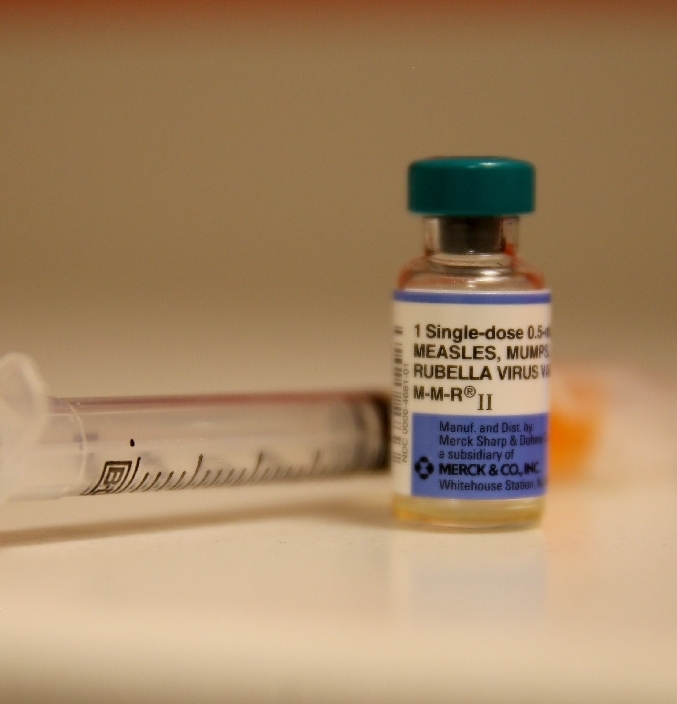